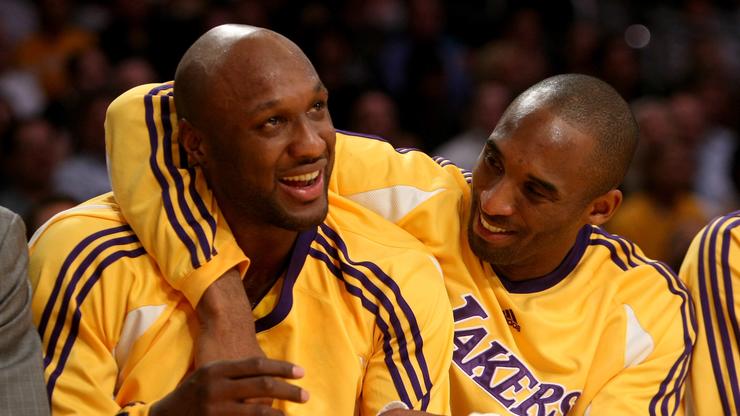 Odom claimed that in one of the dreams, he and Kobe played basketball while discussing the afterlife. “I woke up really emotional after that,” said Odom.

The loss of Kobe Bryant is still felt far and wide, especially by those who knew the sports icon personally. The world suffered a devastating loss when Kobe and his teenage daughter Gianna Bryant were killed in a tragic helicopter accident, and since that time, there have been tributes erected across the globe. From murals to events to tributes to tattoos, Kobe and Gianna Bryant’s legacies have been carried on.

Lamar Odom knew Kobe intimately as they were Los Angeles Lakers teammates for a time and Odom hasn’t ceased in sharing memories of their friendship. In a new interview with Page Six, Odom revealed that he got himself a Kobe tattoo on his neck and explained the inspiration behind his new ink.

Odom said that during his recent stint on Celebrity Big Brother, he repeatedly had dreams of spending time with Bryant. He claimed that in at least one, they were shooting three-pointers while talking about what occurs in the afterlife.

“It’s just his face. It’s on my neck. When I was in the CBB house I dreamed [of] him four or five times,” said Odom. “They were really vivid and easy to remember because he was talking to me in the dreams.” He added, “He just looked back to me and said, ‘LO, the afterlife ain’t what people make it up to be,’ and I just kinda woke up.”

“I’m stunned and shocked, but it could mean a lot of things. It could’ve meant that he misses his people, misses his daughters. Could’ve meant maybe his job wasn’t finished yet. I woke up really emotional after that.”