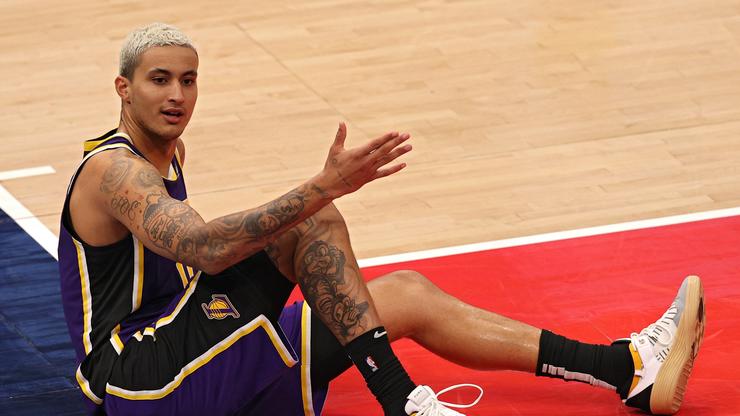 Kyle Kuzma was a controversial player during his time with the Los Angeles Lakers, although the controversy wasn’t always fair. After the arrival of Anthony Davis, Kuzma’s role on the team was diminished and it led to a lack of confidence while on the floor. Regardless, Kuzma has retained his value over the years, and he is now off to Washington where he gets a fresh start with the Wizards. Of course, Kuzma was sent to Washington as part of the package deal for Russell Westbrook.

Now, Kuzma is sitting at home waiting to join the Wizards for training camp, and to help pass the time, he has been interacting with his fans on social media. Recently, Kuzma had himself a Q&A on Twitter, where he was asked a plethora of questions from Lakers fans.

One fan asked Kuzma who his favorite Lakers teammate was, and the answer may be a bit surprising. As you can see in the tweet below, Kuzma claims that Jared Dudley was his favorite teammate, although he doesn’t elaborate on why. If you know anything about Dudley, you can probably guess that Kuzma likes him for his veteran presence in the locker room, and his ability to diffuse bad situations. Dudley is the ultimate glue guy and while he may not get a lot of minutes, he is still beloved by his teammates.

LeBron James fans are probably going to take this as a slight to the Lakers superstar, although it certainly shouldn’t be received that way. LeBron isn’t going to be the answer to every question, and his fans are just going to have to deal with that.