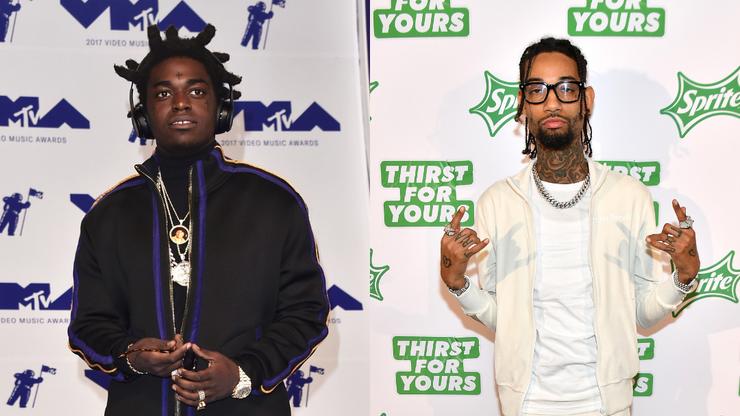 Kodak Black appears to be putting the blame for PnB Rock’s death on the late rapper’s girlfriend.

Kodak Black reacted to the news of PnB Rock’s death on his Instagram Story, Monday night, after the rapper was tragically shot and killed during an apparent robbery in Los Angeles earlier in the day. The possible robbery took place at Roscoe’s Chicken and Waffles on West Manchester Avenue, while PnB Rock was dining with his girlfriend.

“Big jets. Only jets anyways. Mannn I been low all day due to a headache I had earlier so I’m just getting to the news RF,” Kodak wrote. “Ion usually speak on deaths! Go to funerals or nun kuz life goes on, but, SMH. PnB was my boy, I was jus OTP wit em last night! We be talkin bout him comin back out & poppin his shit again in this rap shit.”

From there Kodak appeared to place the blame for PnB Rock‘s death on the rapper’s girlfriend: “That hoe might as well kill herself.”

The woman had posted a photo of herself and her boyfriend enjoying their meal minutes before the shooting, causing users online to theorize that this was the way the attackers narrowed down PnB Rock‘s location, although this is unconfirmed.

Others online defended PnB Rock‘s partner, including Cardi B, who wrote that she “highly doubts” the shooters were stalking her Instagram right before the incident.

Check out Kodak Black‘s response to PnB Rock‘s passing below.