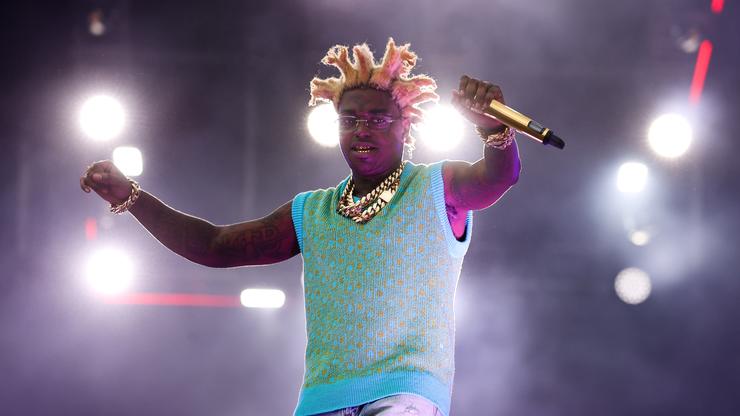 The rapper was moved by the story because he, too, contracted coronavirus.

Despite his legal setbacks, internet beefs, and controversial remarks, Kodak Black is an artist who regularly takes the time to pay it forward. Over the years, we’ve reported on the Florida rapper giving toys to children during the holiday season, donating money to causes that affect his community, and even going door-to-door in the hot summer months with air conditioning units for underserved neighborhoods.

According to a new report, Kodak is once again showing off his philanthropic efforts by donating $20K to the child of a police offer who died of COVID-19.

Florida has been ravaged by coronavirus during this pandemic, and in this second wave, it is one of the leading states with the most cases. Last week, we reported that the CDC stated Florida has over 20K cases and that included Fort Lauderdale police officer Jennifer Sepot. Reports state that she passed away due to complications with the virus and she is survived by several family members, including her two-year-old daughter.

Bradford Cohen, Kodak Black‘s attorney, spoke with TMZ about the donation. After reading an article about Sepot Kodak reportedly told Cohen, “Make sure that kid is straight. Pay for her college fund.” It is said that Kodak was moved by the story because he, too, was diagnosed with COVID-19. For approximately 10 days, the rapper experienced a number of symptoms including difficulty breathing and body aches.

So, Kodak donated $20K to the college fund set up for the toddler and the Fort Lauderdale Fraternal Order of Police issued a statement to TMZ.

They say they are “grateful to everyone who has donated to the Sepot family in memory of Jennifer. Her loss has had an immeasurable and lasting impact on our officers. The generosity by supporters has offered a degree of hope during a time in which support for law enforcement feels to be a waning movement.”