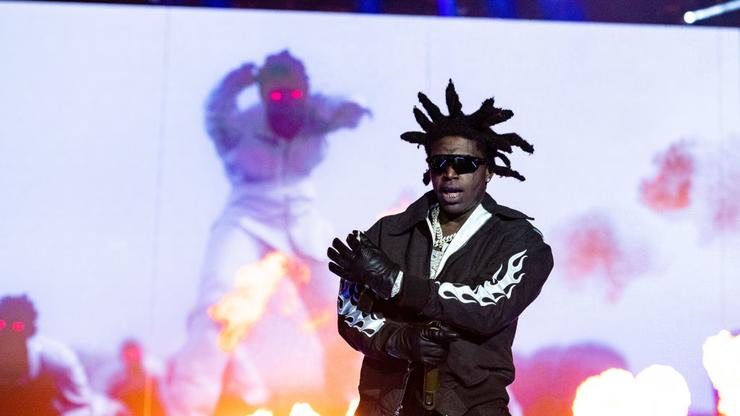 Kodak went above and beyond for the future mother of his daughter by devoting a special day all to her.

Recently, push presents have become increasingly popular. As a way to mark the occasion of a mother giving birth, a family member (usually their partner) gifts her with something she would love. Whether it be jewelry or a handbag, giving a soon-to-be mother something nice shows how appreciated they are for carrying a child for months and then pushing them out.

Kodak Black participated in this special activity yesterday (May 21) by giving his future child’s mother something from the heart. A TikTok video showed that the 24-year-old rapper showered his baby mama, Daijanae Ward, with gifts due to her carrying his daughter.

The “Super Gremlin” artist purchased Ward a brand new Mercedes Benz with red interior and gave her racks of money. He also took the extra mile and added pink and white balloons, along with gold balloons the spelled “Baby” for decoration.

Ward took to her Instagram to express her gratitude for Kodak’s thoughtfulness. She wrote, “You the sh*t @kodakblack.” She then reminisced about the entire day, claiming that she was completely blindsided. “I was in the house looking a mess with a bonnet in pajamas. He called me and told me go outside lol. I wasn’t expecting this at all.”

Kodak and Daijane have been “locked-in” since 2017, per Ward in an Instagram story post. According to statements she made back in February, Yak has been begging her to quit her job and be his baby’s mother for a long time. “He wanted this more than anybody for YEARS!,” she added.