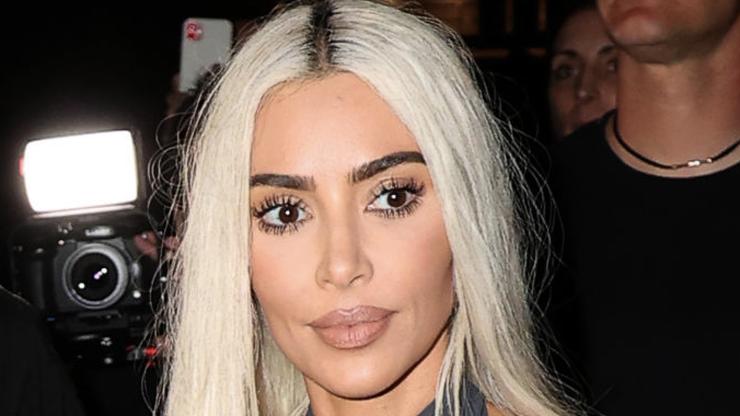 Kim K is feeling good fresh off the arrival of her Sports Illustrated Swim cover.

Kim Kardashian’s bodacious behind frequently appears on her Instagram feed, but that doesn’t mean that her 312 million followers appreciate it any less each time. Fresh off the mother of four’s debut on the cover of Sports Illustrated Swim‘s 2022 issue, she’s shared an ultra-cheeky snapshot that has our attention.

The thirst trap, captioned “sun bum,” was uploaded earlier this afternoon, and finds the 41-year-old walking across a stunning white sand beach, wearing nothing more than a teensy tiny brown g-string bikini and a pair of metallic sunglasses.

Seeing as it’s just been reported that Kim was spotted arriving in Italy today (May 20) for her older sister, Kourtney Kardashian’s wedding to Travis Barker, we know that the image is a throwback, although it remains unclear which of her countless vacations it was snapped on.

For her SI cover, the reality star penned a personal letter to her younger self. “It’s easy to say to just ignore the criticism, but another thing you’ll learn is that at some point it will click in your head that it’s not about you anymore,” she wrote.

“It’s about family. It’s about helping other people. For years you’ll be putting yourself out there… But you’re going to become a more private person and you’re going to come to realize that the way to get your story out there – the actual narrative, the truth – isn’t by engaging but by doing.”

In other news, we recently shared a story about Kanye West brutally roasting one of Kardashian’s outfits after their separation, comparing her to Marge Simpson – read more about that here, and tap back in with HNHH later for more pop culture news updates.