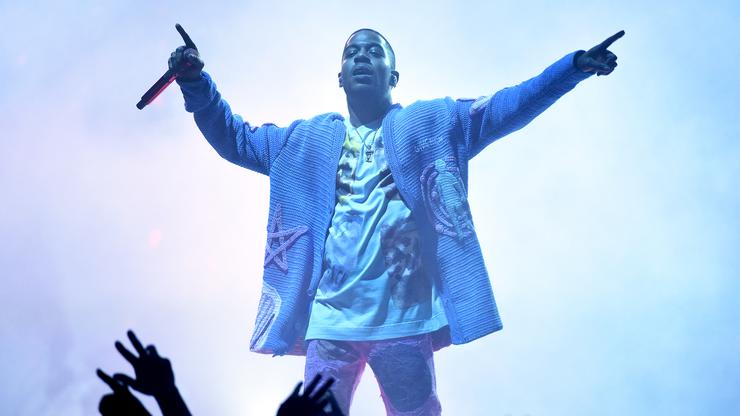 Kid Cudi responds to the recent ire directed towards him.

Kid Cudi‘s been the target of some disdain lately, whether it’s coming from former collaborator Kanye West or producer Mike Dean, and it’s perhaps these reason that he seems to believe he’s most hated man in Hip-Hop right now.

A day following Kid Cudi’s Moon Man’s Landing music festival, the rapper took to Twitter to share, “I am the most hated man in hip hop right now it seems,” nonetheless he continued in an effort to be grateful, “But I’m really one of the most blessed!!”

Prior to Cudi’s tweet, songs from his upcoming record, Entergalactic, began popping up on the internet. Whoever leaked the unreleased material edited in fart noises across the tracks. Fans of Cudi were quick to point fingers at Mike Dean, due to Cudi’s turbulent history with the record producer.

Producer/engineer Mike Dean was dropped from Cudi’s festival lineup, prompting Dean to give a mini rant on Kid Cudi where he coined the new nickname “Mid Cudi.”

“D*ckhead canceled me just from jealousy. Just because I was on tour with The Weeknd,” Mike Dean tweeted at the time. “Also there’s more people in a half full stadium when I play than when Mid plays the small arenas.”

The man on the moon did not seem overly flustered by the leak, however, tweeting out this response:

“God is so so good. Every and all the time. Remember yall, Scott here to remind you dont give a f### about what anyone says about you. F### em. No matter what anybody tries to do, they cant stop your shine and they cant stop your destiny from being fulfilled. I am proof. Watch me yall. Big bro will show u.”

Entergalactic isn’t the rapper’s only new project, however. Cudi also recently tweeted that he’ll be releasing a memoir, where he promises to give fans his “real” and “full” story.