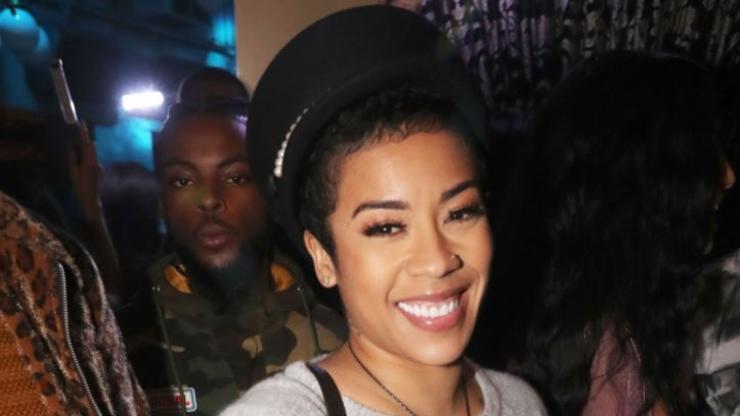 She didn’t reveal who she’ll be appearing with, but that didn’t stop fans from weighing in with their guesses & many think it will be Ashanti.

Are R&B fans about to get the Verzuz they’ve been asking for? It was back in July in the thick of the Verzuz craze when Keyshia Cole began to put a bit of playful pressure on Ashanti about joining together on the series. During DMX and Snoop Dogg‘s appearance on the show, Keyshia Cole hopped in the comments and asked Ashanti “was good,” an acknowledgment that some believed was a slight challenge. Soon, Keyshia returned as she reposted a fan who wrote, “@Ashanti do the Verzuz with @KeyshiaCole & stop f*cking playing we wanna cry !”

During a chat with her good friend and collaborator Fat Joe, Ashanti said that if a Verzuz with Keyshia Cole was something that fans wanted to see, she would be open to it. We’re not sure if Swizz Beatz and Timbaland have made that happen, but Keyshia shared on Instagram that she’s in line to make an appearance.

The “Love” singer shared a selfie and in the caption, she wrote, “How are you guys LONG TIME NO HEAR!!! #Versuz BATTLE OTW.” People began flooding her comments with their guesses as to who Keyshia Cole would be facing off against. Of course, Ashanti‘s name was in the mix, but other contenders were Fantasia, K. Michelle, and Teyana Taylor. Keyshia didn’t confirm her opponent so we’ll have to wait and see what the Verzuz gods have come up with for this.