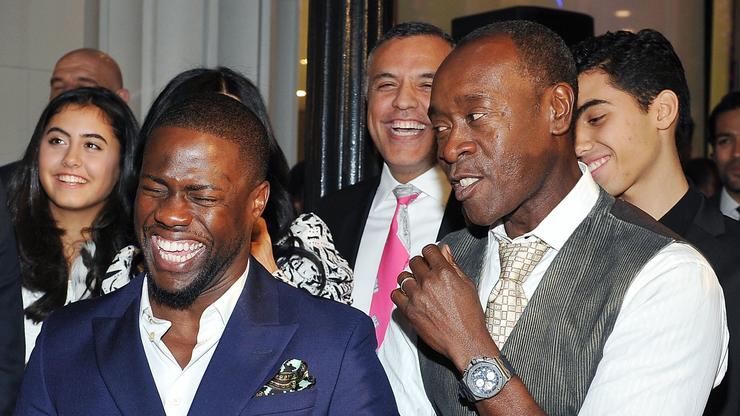 Don Cheadle and Kevin Hart fans react to the “Damn!” heard round the world.

Considering his lauded appearances in movies like Space Jam: A New Legacy and No Sudden Move as well as his recent marriage to Brigid Coulter, Don Cheadle has been experiencing an incredible year in his. However, a viral clip involving Kevin Hart and Don Cheadle shows how quickly someone can get violated even while at the top of their game.

In a hilarious clip from Kevin Hart’s Peacock exclusive interview show Hart To Heart, Don Cheadle appears to get really vulnerable with the comedian while discussing his age, and suddenly, Kevin Hart randomly alters the entire mood of the interview. Upon hearing that Don Cheadle is 56 years old, Kevin Hart exclaims “Damn!” with a straight face, leading to an awkward The Office-esque exchange between the two movie stars.

Whether it was meant to be funny or not, the scene is pretty hilarious as Don Cheadle’s grimace towards his host eventually causes Kevin Hart to promptly apologize.

For a good laugh, peep a bunch of the Twitter reactions to Don Cheadle and Kevin Hart’s viral clip below.

Even Kevin Hart appears to find the exchange hilarious, as he quoted the viral video on Twitter and urged fans to go watch the rest of the interview as well. “Y’all gotta check out this interview in full,” Kevin Hart said alongside a bevy of emojis. If you’re interested in checking out Kevin Hart’s show, you can check it out on Peacock here.