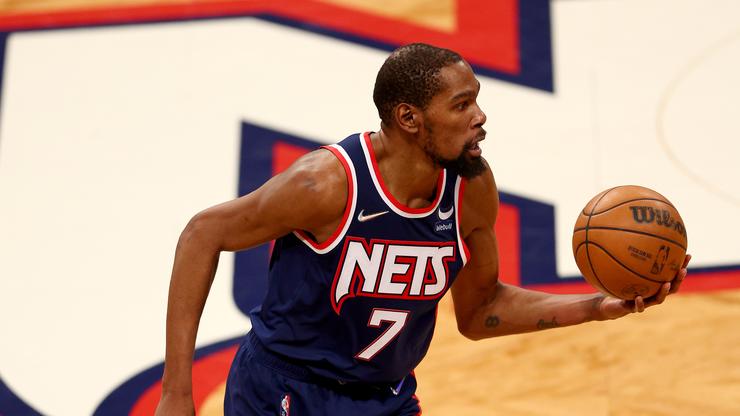 Stephen A. Smith delivered one of his more disrespectful hot takes in quite some time the other day as he said that Michael Jordan made the NBA worse. This was a pretty wild statement to make, although Smith says he was simply referring to the fact that Jordan made the game a lot more individualistic which he believes ushered in a bad time for the league.

“Michael Jordan is responsible, as much as anybody, for changing the game for the worse,” Smith declared.

This is a take that riled up a lot of people, and today, Kevin Durant decided to clap back. As you can see down below, Durant says that the true culprits when it comes to ruining the game is Stephen A. Smith, Skip Bayless, and Shannon Sharpe. KD has a distaste for analysts like them, and he truly let that be known with his most recent comments.

“My theory is that guys like steve, skip and Shannon have changed the game for the worse,” Durant said. “Playas like Stephen and Michael can only push the game forward.”

Durant is certainly allowed to feel this way, especially given the fact that these are the analysts who constantly question his greatness. We’re sure there are plenty of others who agree, so if you do, let us know in the comments below.