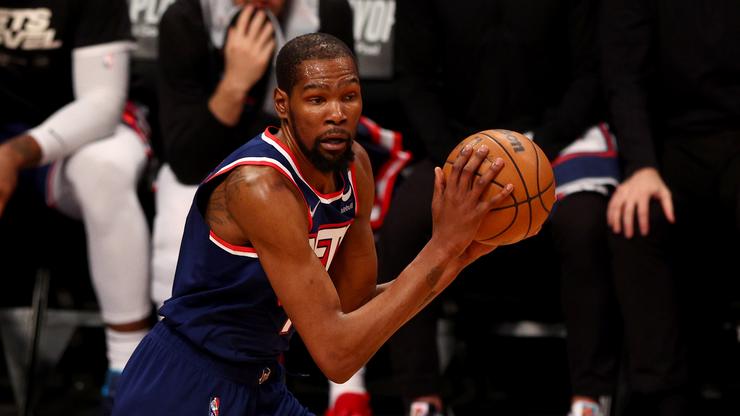 Kevin Durant wants his sneakers in the right hands.

In the eyes of most NBA fans, Kevin Durant is the best player in the league right now. Some will say it is Giannis while others might say it is actually Steph Curry, however, that would be recency bias. Either way, there is no denying that Durant is one of the best talents the NBA has ever seen. He has always had immense prowess on the court, and you can’t help but admire his work ethic given the fact that he faced an Achilles injury just a few seasons ago.

In addition to his play, KD is also known for having a phenomenal sneaker line with Nike. The Nike KD line has led to some amazing shoes, including the Nike KD Elite 8 which has some clean colorways that cost a lot of mine on the resale market.

Recently, a fan took to Twitter where he showed off his white and navy blue KD Elite 8s. He mentioned KD in the tweet saying “here’s something you don’t see every day.” Of course, KD is an avid Twitter user and he eventually saw the fan’s tweet. This made him issue a challenge to the fan saying “If u don’t go get a bucket in those today then I don’t respect this post lol.”

Needless to say, KD wants his kicks in the right hands. Durant is a walking bucket, and to have someone not even score while wearing his shoes is the ultimate insult.

Let us know what you think of this KD shoe, in the comments below.