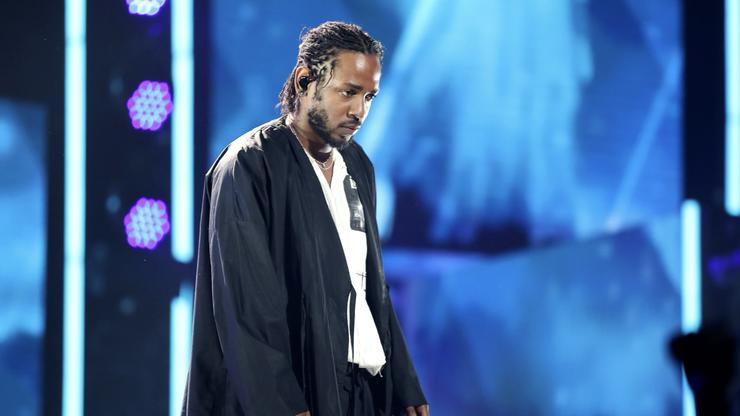 One user said the movie sounds like a combo of “Get Out” and “Night at the Museum.”

As we eagerly await a new album from Kendrick Lamar, it appears the 34-year-old Compton native has managed to land himself in some hot water thanks to a film that he’s working on in collaboration with South Park‘s co-creators, Matt Stone and Trey Parker.

At this time the movie has no official title, but we do know that it’s a comedy, and it will “follow a Black man interning as a slave reenactor at a museum who discovers that his white girlfriend’s ancestors once owned his [ancestors].”

Shortly after word of Lamar’s latest work hit the internet, hundreds of Twitter users expressed their discontent with the sounds of the project – one person even pointed it out that it sounds like a mash-up of Jordan Peele’s horror hit Get Out and the Ben Stiller-led family comedy Night at the Museum, naming it “Get Out the Museum.“

Others took the opportunity to make clever quips using the rapper’s lyrics. “Not a comedy,” @_zolarmoon wrote. “Confronting [your] ancestral past isn’t all that funny when [you’re] a negro in America but…I guess. It’s not giving royalty in my DNA, Kendrick.”

As XXL Mag reports, the forthcoming film will be live-action and was written by Vernon Chatman. “Kendrick and Dave Free are producing the movie through pgLang while Stone and Parker and working via Park Country,” the article explains. Production is set to begin this spring, although a director has yet to be hired.

What are your thoughts on the upcoming slave-intern movie from Kendrick Lamar and the co-creators of South Park? Is it problematic, or are you looking forward to checking it out when it arrives down the road?