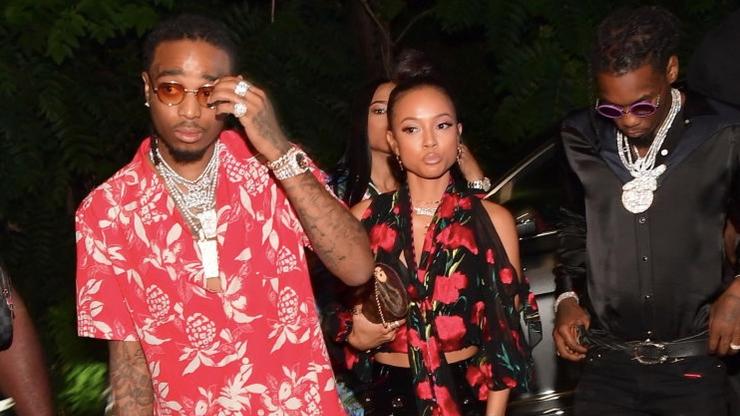 Karrueche hit the town ahead of her 34th birthday next week.

No matter how much Karrueche Tran denies a romantic relationship with Quavo, the two have been spending an awful lot of time together over the past few months. First, they kicked off 2022 with a baecation in St. Martin, and back in March, they sparked reconciliation rumours with a West Hollywood dinner date.

She was also spotted at the rapper’s glow-themed birthday bash (despite telling cameras that she’s still single), and now, he’s helping her ring in another trip around the sun.

Just a week before the Games People Play actress celebrates her 34th on May 17th, she was spotted at the same club as Quavo, even turning up to one of the Migos‘ member’s songs.

While footage captured from inside the club doesn’t show them dancing with one another – the birthday girl seems to have enjoyed her night on the dance floor with friends – they were in the same area, so odds are good they crossed paths at least once last night.

From the looks of her recent Instagram content, Karrueche is just one of the many famous faces currently in Miami for the Formula 1 Grand Prix that’s been unfolding over the past few days.

Stars like Rich Paul and LeBron James have made headlines for partying the night away in the city, and Venus and Serena Williams even snuck into a dinner at Carbone Beach Party – read more about that here, and tap back in with HNHH later for more pop culture news updates.