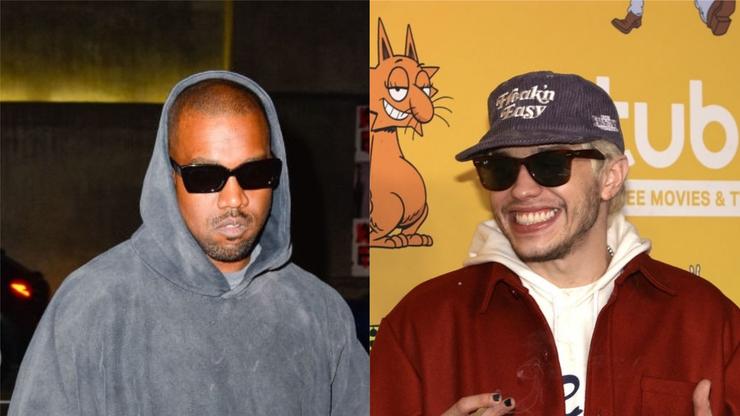 Kanye West is allegedly telling people that Pete Davidson has AIDS, according to claims made by DJ Akademiks.

Kanye West may be a grown 44-year-old man but if these reports are accurate, then he’s acting like he’s back in grade school. According to claims made by DJ Akademiks on a recent live stream, Ye has been telling everyone within an ear’s distance that Pete Davidson, his ex-wife Kim Kardashian‘s new boyfriend, has AIDS.

Following the “Off The Grid” artist’s remarks about Pete on his new song “Eazy” with The Game, Ye has seemingly been spreading rumors about the SNL comedian. According to DJ Akademiks, Ye has been telling people that Pete has an STD, despite there being no evidence of that.

“He’s going crazy with himself,” said Ak about Ye. “A n***a told me– this is real talk– Kanye has been telling anyone within an earshot of himself, he’s trying to spread a rumor that Pete Davidson has AIDS. I’m telling you this is a fact. I’ve heard this from eight people. He’s telling everybody! I’m telling you, this is a fact. Bruh, if you gotta spread a rumor that the n***a f*ckin’ your wife got AIDS, my n***a, like, bro… you burnt out, bro, wrap it up. It’s over.”

Pete Davidson has admitted that when he was seventeen years old, he was diagnosed with Crohn’s disease, which affects his stomach health. He claimed that the reason he smokes so much weed is to deal with the pain he experiences. However, Pete has never said anything about having an STD.

What do you think about DJ Akademiks’ claims? Do you think Ye is really running around telling people that Pete Davidson has AIDS? If he is, he might want to learn from Tasha K’s mistakes before he needs to pay up.