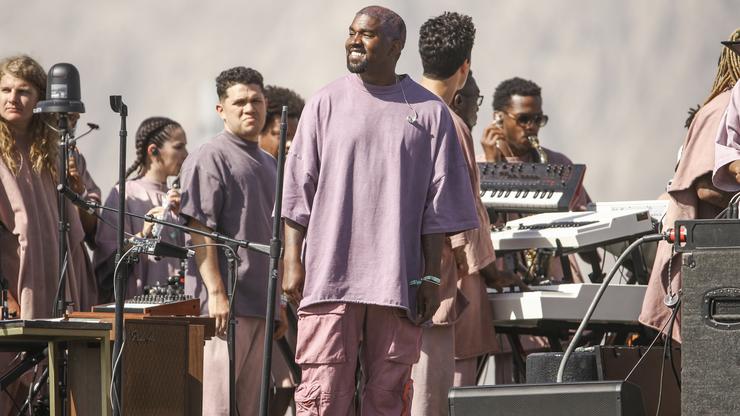 Kanye West’s “DONDA” rollout has been a rollercoaster ride.

Kanye West’s DONDA is reportedly set to release this Friday following his listening event in Chicago. After two release parties in Atlanta, Kanye is reportedly finished with the album, which is good news for all of the fans out there who felt betrayed when DONDA didn’t release on July 23rd or August 6th, respectively.

Heading into this week, Kanye is promoting his album by engaging in beef with Drake. From sending the Canadian rapper photos of the Joker to leaking his home address, there isn’t anything Ye won’t do at this point. While some fans love this tactic, others are conflicted and feel like Ye needs to relax before he does something really stupid.

After posting Drake‘s address, Kanye decided to post some other photos to his Instagram account, and the imagery is fairly confusing, to say the least. In the two posts below, we have what appears to be Ye walking through a warehouse, while the second photo is some sort of religious back tattoo. With West looking to drop a new album this week, these photos can be interpreted as clues, although there is no telling what they are trying to signify.

From there, Kanye posted two more photos with one showcasing an animated version of what appears to be some sort of art installation. We also have a photo of Kanye’s face mask simply sitting on the ground. The imagery is a bit unsettling and with the lack of captions, fans are truly confused as to what is going on.

Needless to say, this rollout continues to be a rollercoaster ride of emotions, and it will all reach its climax come Thursday.