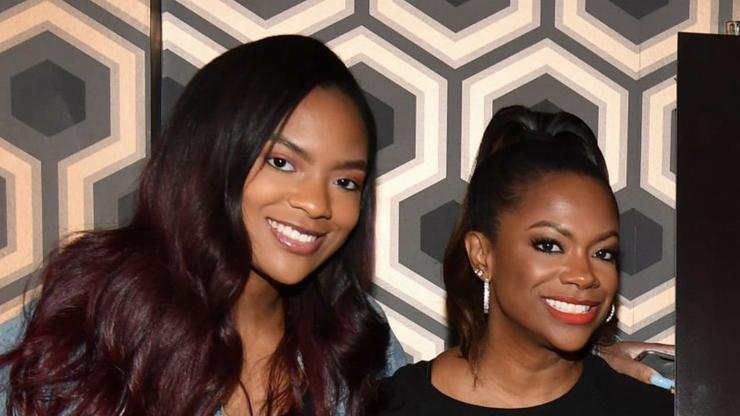 Russell “Block” Spencer has described Kandi as the side chick who got pregnant and said he shouldn’t have to “chase” Riley for a relationship.

The ongoing tension between Kandi Burruss and Russell “Block” Spencer has been a thorn in the music legend’s side. Block is the father of Burruss’s eldest daughter Riley, and over the years, he has repeatedly come forward to speak negatively about the mother and daughter. He has often referred to Burruss as the side chick who got pregnant, while also stating that it’s not his responsibility to “chase” after his child in order to form a relationship.

It’s a sensitive subject for Burruss and a now-19-year-old Riley who recently filled in as the “bartender” on Watch What Happens Live with Andy Cohen during the singer’s recent appearance.

While visiting The Slut Pig podcast, Burruss was asked about the last time she was upset with Cohen, and she brought up her recent interview. During the episode, Cohen asked Riley about Block.

“I didn’t say anything to him about it, but I didn’t really like when he brought up my daughter’s father to her on camera on ‘Live,’” Kandi said, adding that Riley was only there as a favor to Cohen and because he knows the sensitivity to that topic, she wasn’t happy.

When Cohen asked Riley about her relationship with her father, she replied, “I don’t remember the last time I spoke to him, so that answers that question.”

Check out a clip of Burruss’s interview and a video of Real Housewives of Atlanta from 2017 when Riley met up with her father.