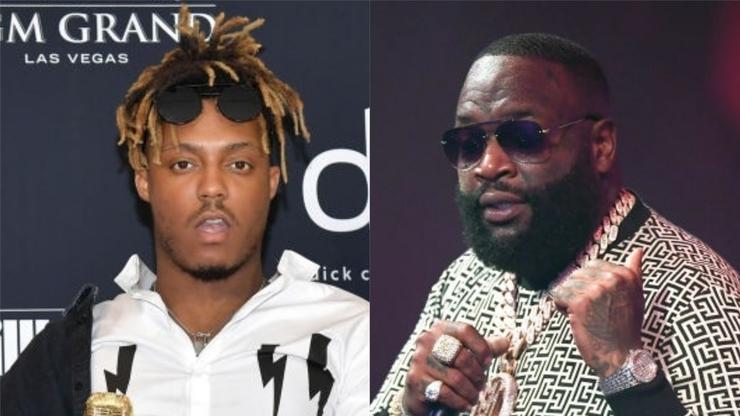 Juice WRLD will debut at #2 and Rick Ross manages to creep into the final spot of the Top 20 in the first-week sales projections for their respective new albums.

Juice WRLD‘s second posthumous album, Fighting Demons, will not debut at #1 on the charts next week, despite star-studded features from Justin Bieber, Suga from BTS, Trippie Redd, Polo G, and more. That’s because, for yet another week, Adele will take the crown with 30.

As the year comes to a close, a projection for next week’s charts has been reported by HitsDailyDouble, showing that with another solid week of pure sales, Adele will be at #1 on the charts again in the next weekly cycle. She will total approximately 150,000 equivalent album units moved, whereas the runnerup, late Chicago rapper Juice WRLD, will start off at #2 with 125,000 units.

Taylor Swift, Michael Buble, and Olivia Rodrigo will round out the Top 5.

Other hip-hop releases on next week’s chart will include Drake‘s Certified Lover Boy at around #8, Polo G‘s Hall Of Fame at approximately #11, Doja Cat one spot below with Planet Her, and more.

The next debut on the chart belongs to Rick Ross, who is looking set to creep into the final spot of the Top 20 with 30,000 projected sales of his new album Richer Than I Ever Been in its first week out.

Considering all of the promotion that went into Rick Ross’ album rollout, a large number of hip-hop fans are saying this isn’t the best moment for Rozay, sales-wise.

What do you think of these numbers? Check out the projections below.