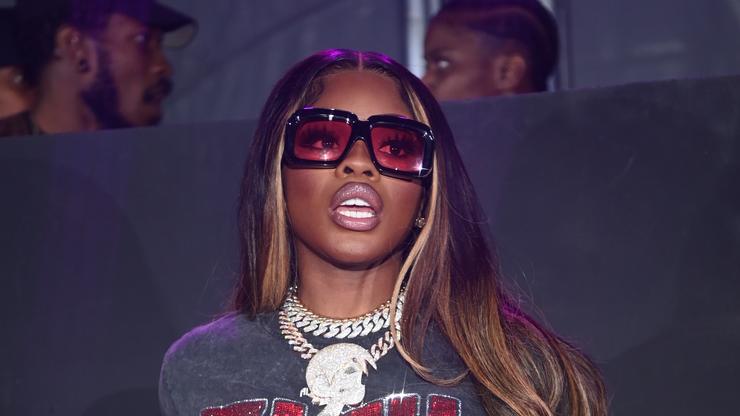 In a response to a fan, JT said that she had her breasts done, before contemplating if she wants to do re-do them.

JT has been a frequent fixture in headlines these last few weeks. Last month she went viral for a wardrobe malfunction at the recent Billboard Music Awards. She later revealed that she was unaware of the slip-up but confirmed that she had panties on despite any appearances otherwise. Following that, she has been involved in a couple of Twitter spits, including roasting a user who called her ugly.

Today, the 29-year-old is back on the app, interacting with her fans as per usual, and in one instance, she satisfied our collective curiosity. A fan wrote in response to a photo of JT, “I wonder if she got her boobs filled to this size or this natural? Them shits are a perfect match.”

JT happened upon the tweet and revealed in her reply that she did, in fact, get her breasts done back in 2018– she’s previously denied getting any work done on her face. JT wrote while quoting the fan’s question, “I got them done 2018 I gained weight in them & didn’t have good bras locked up so they look natural sometime it’s annoying cause they don’t sit well & make me look bigger then what I am. I want a redo but I kinda like them idk…”

She received plenty of love from her followers in reply. One said, “Keep em. We love em.” Another said, “gurl they’re perfect. I wish to get some just as yours sometime soon.” One was surprised that the rapper had gotten work done. They wrote, “WHAT? girl they look so natural i love it.”

JT has also blessed her fans with videos flaunting her time in Jamaica, alongside fellow City Girl Yung Miami. The rap duo shared the footage of their vacation on Instagram which included nights out at clubs, delicious food, and sightseeing. Fans have more to look forward to as the City Girls teased that they have a single on the way featuring Usher.

Are you looking forward to hearing new music from the City Girls? Let us know down in the comments.