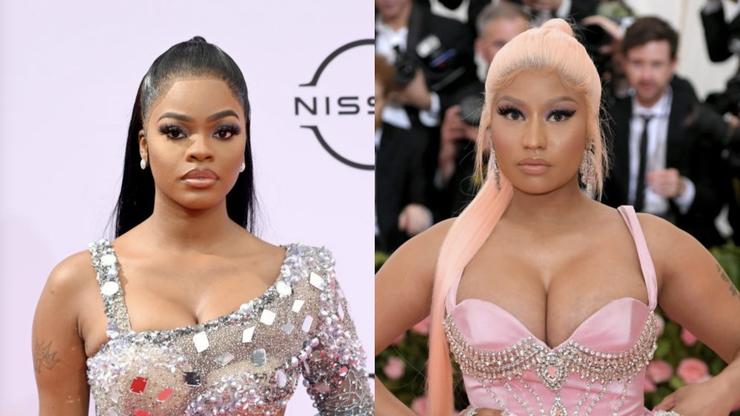 Nicki Minaj and JT’s weekend Instagram Live session took a sour turn after fans reacted poorly to the Queen of Rap having the City Girl recite an old diss track about her she had penned years ago. While the two recording artists thought it was all fun and games, many thought it showed the latter lacking a backbone, but she and Minaj have since addressed that discourse.

“Y’all so delusional, EYE wanted to repeat the song I made in my car!” JT told haters on Twitter on Sunday (September 18) afternoon. “We was LAUGHING the whole live like a phone convo… We talked about literally everything and it was all laughs.”

The “Moment 4 Life” cleared the air on her side of things two, responding to her collaborator’s post with, “Man f*ck these DUDS, babe. Everyone on the live KNOWS how DOPE it was from beginning to end. We were having fun, being silly.”

“It’s a lil freestyle she was actually MAKING UP OFF THE TOP OF HER HEAD IN HER HAR,” Minaj continued. “Since y’all keep trying to pull her down, Ima go MAD hard for her. WATCH.”

The “Ex For A Reason” rapper quote tweeted the 39-year-old with a final message of thanks. “You don’t even have to, you do enough behind the scenes,” she began.

“You are so sweet to me! And relatable to me! [I don’t know] what’s not clicking and what got everybody so tight! But I can’t be pulled down about my genuine feelings. Ima say this 1,000 times… I love you… Thank you [heart emoji].”

Check out footage from JT and Nicki Minaj‘s Instagram Live session in the video below, and tap back in with HNHH later for more hip-hop news updates.