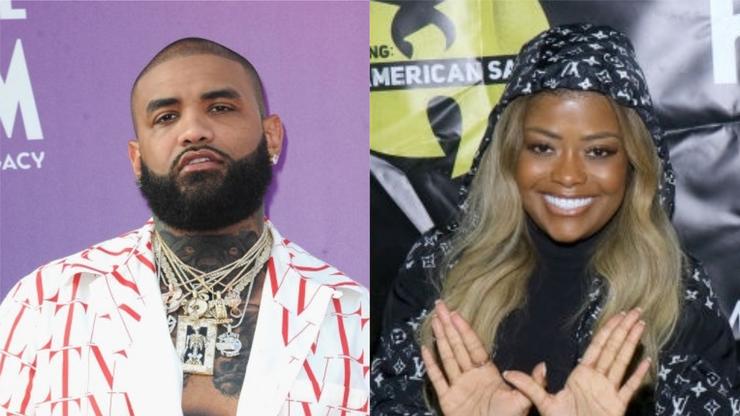 Joyner Lucas exploded on Karen Civil this weekend, accusing the social media and digital marketing strategist of taking advantage of him and scamming him out of $60,000, which he allegedly paid her to facilitate blog placements, opening performances, radio interviews, and more. Joyner accused Karen of using the money for other means, including setting up mixed shows and more things that he didn’t need at the time. In addition to it all, Joyner says that he was expecting a baby at the time, and his $60,000 expense was a “last-ditch effort” to make it in the music industry.

The Massachusetts-bred rapper explained his side for about eight minutes during a loaded Clubhouse conversation before Karen Civil jumped in and explained that she was in contact with Joyner’s manager, whom he still works with, countless times to explain what was happening with the money. Despite agreeing to speak in neutral tones with Karen, Joyner ended up getting heated at times, which makes sense given how desperate of a situation he was in when he initially approached her, but the conversation escalated and turned into a yelling match.

If you ended up missing the ruckus over the weekend, the full Clubhouse conversation has been uploaded to YouTube, and you can play it back to hear how things went. If you’re looking to get caught up on why Karen Civil has been trending for days, this is a good start. Check it out below.