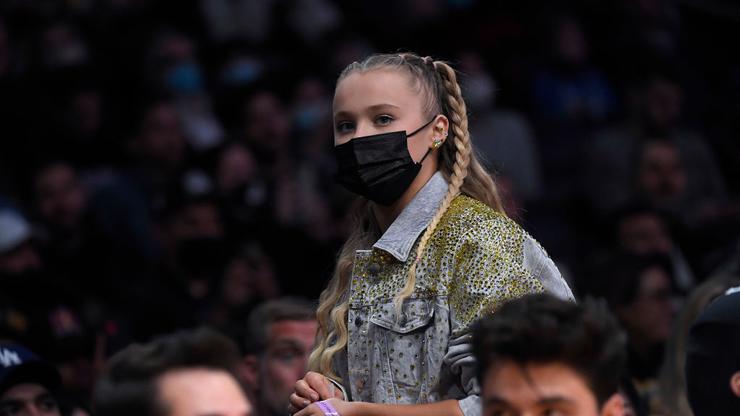 Jae Crowder dove into the crowd to save a loose ball and nearly wiped out JoJo Siwa in the front row.

You never know who you might see sitting courtside at a Los Angeles Lakers home game. As that remains a fact of life, it’s also apparent that when you’re seated courtside at said Lakers game, you never know what might happen to you as you watch the game.

Entertainer JoJo Siwa was seated with her friends at Tuesday night’s game against the Phoenix Suns, which resulted in yet another disappointing loss for the LeBron James-led squad. When the game was still in reach during the first quarter, a loose ball was heading toward the first row of the courtside area after a flunked alley-oop attempt from Rajon Rondo to James. Jae Crowder hustled to retrieve the ball, attempting to keep it in play before it was ruled out of bounds, and in doing so, he nearly tackled JoJo Siwa and her friends.

Crowder found a tiny hole next to Siwa and narrowly avoided her, but he hit the ground hard. He ended up being alright, getting back up immediately. Siwa had a big smile on her face after the incident, seemingly in disbelief that she was almost wiped out by a man triple her size.

Check out the footage below. Next time you’re sitting courtside at a game, you better be aware at all times because this could happen to you.