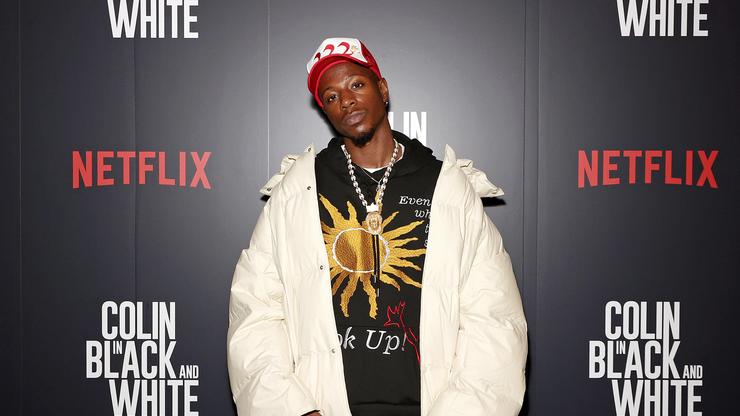 Joey Bada$$ says that Big L is one of his “favorite rappers” and he wants to play him in a biopic.

Joey Bada$$ says that he wants to be cast as Big L if anyone ends up making a biopic centered around the late New York rapper. Speaking with REVOLT for a new interview, Joey explained that he’s one of his “favorite rappers” and that many people have noted their similar looks in the past.

“A Hip Hop icon that I would love to play in a biopic would have to be Big L,” he told the outlet. “I’ve heard many people in my career tell me how I favor him look-wise. Personally, he’s one of my favorite rappers to come out of the golden age — his story isn’t known well enough, so I would love to bring his story to light and worldwide.”

TMZ later reached out to Brian Shafton of RBC Records, which owns several of Big L’s masters, who said that he’d be happy to see Joey cast in the role if a film ever comes to fruition. He added that a biopic would be huge for Big L’s legacy, especially in the streaming era.

Big L was one of the most promising young rappers coming out of New York in the 1990s. He released just one studio album, Lifestylez ov da Poor & Dangerous, before he was shot and killed on February 15, 1999, in his hometown of Harlem, New York.

Joey has proven his acting chops with multiple acclaimed roles over the years, including the Oscar-winning short film Two Distant Strangers. He is also currently starring in 50 Cent’s Power Book III: Raising Kanan.