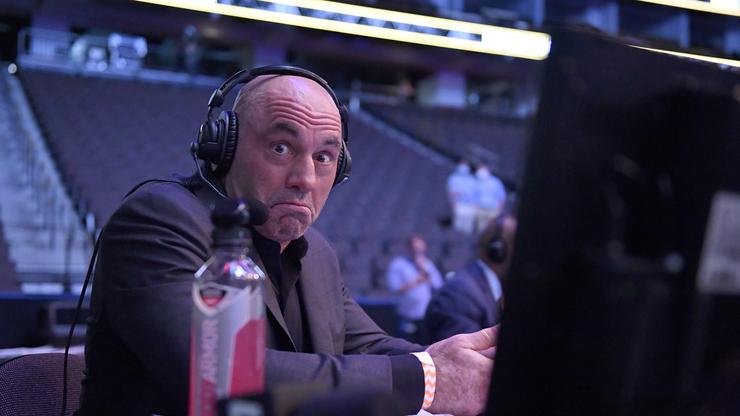 The former “Fear Factor” host admits that he’s put his crotch “around [his] face just to know [he] could do it.”

It’s not uncommon for 54-year-old Joe Rogan to inspire controversial headlines, although his latest antics may have you shaking your head more than normal. As Complex reports, the Newark, New Jersey native recently claimed that he’s able to perform oral sex on himself during a sit down with Ari Shaffir, Mark Normand, and Shane Gillis.

“I could suck my own d*ck if I wanted to,” The Joe Rogan Experience host said to the group. “I’m super flexible. I’ve never done it but I’ve put it around my face just to know I could do it.”

All three guests were quick to shut down Rogan’s claims, saying that it’s impossible to do such a thing. To this, the former Fear Factor host explained that he has a tactic where he “flattens” his body. “You know I can,” he told Shaffir after being asked to demonstrate. “You remember that time when Burt said ‘can you do a split’ and I just dropped down and did a split.”

He continued, “If you can bend your head and go fully flat where do you think your face is and where’s your d*ck?” Normand responded with a joke, “you can suck your own d*ck? What are you doing here?” and Shaffir commented that a split is a “normal thing” that tons of people are able to do.

Elsewhere in the interview, the group discussed their preferences when it comes to rim jobs, with Rogan admitting that he shaves his nether regions approximately every two months.

Check out a clip from the conversation below.