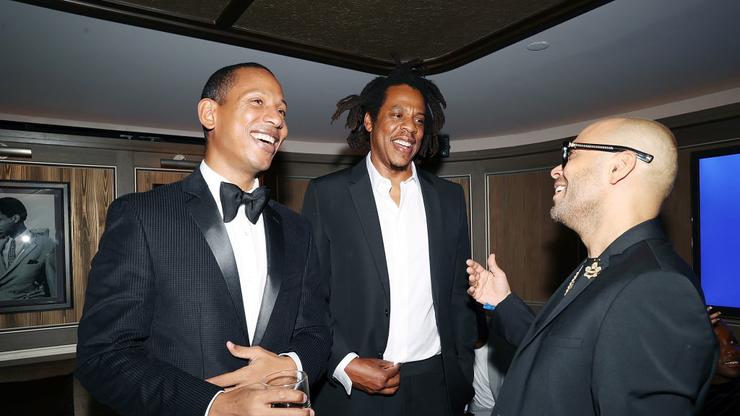 Over the weekend, Shyne connected with JAY-Z at the 40/40 Club, sharing a few kind words honoring the Roc Nation legend.

As it happens, Shyne and JAY-Z were able to reunite during the recent, holding it down with a couple of photo-ops. The former Bad Boy emcee took to Instagram to share a few kind words honoring Hov, showing major respect to the legendary Roc Nation entrepreneur.

“It was great catching up with my brother Shawn Jay Z Carter,” captions Shyne, taking to Instagram to  Jay is one of the greatest Musicians and entrepreneurs ever that I know. A bonafide American/world icon.”

“I’m always inspired when we meet,” he continues. “I admire the humanitarian work Jay is doing with criminal justice reform and providing start up capital to invest in African American entrepreneurs. My determination to do the same for my Belizean people is reinforced. Happy 18th anniversary to Jay’s 40/40 brand. Continued success and excellence brother.” He also declared the reunion to be a “Classic moment in time! BELIZE-BROOKLYN!!!”

It’s certainly nice to see the pair catching up on such amicable terms, especially considering that Shyne was only recently allowed entry back into the United States as a diplomat. Clearly, he has remained a beloved figure among hip-hop’s elder statemen, and one has to wonder if this return to American soil will inspire Shyne to hit the studio for old time’s sake.

Check out some of the pictures from the 40/40 Club anniversary bash below.