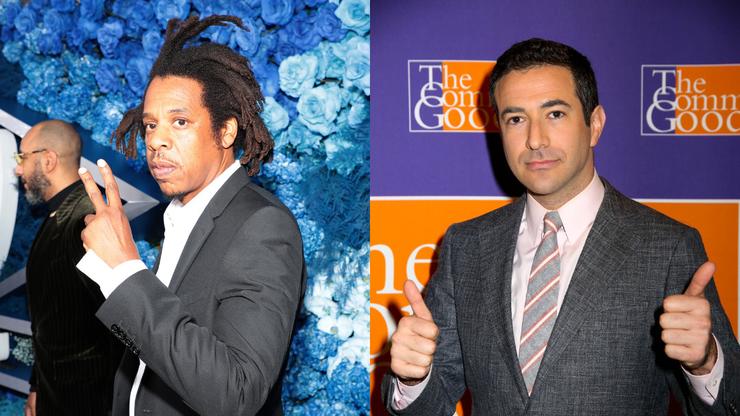 Jay-Z has released Ari Melber’s recent breakdown of his verse from “GOD DID” on streaming services under the name, “HOV DID.”

Jay-Z has released Ari Melber’s recent dissection of his verse on DJ Khaled’s “GOD DID” through Tidal, Apple Music, and Spotify under the title, “HOV DID.” Melber had spent twelve minutes on his MSNBC show, last week, breaking down the lyrics from Jay-Z’s contribution to the song.

Speaking with HipHopDX, Melber described Jay-Z’s support of his segment as “an honor.”

“As a journalist, I report on and interview many artists,” Melber told the outlet. “But seeing Jay-Z release our report on his verse as a track is definitely a first — and an honor. Jay-Z sharing the segment with listeners also elevates the context for posterity — turning a Beat report into a kind of audio guide to accompany his dense, amazing verse about his life, and the arbitrariness of the drug war.”

He continued: “And as Jay might say, he sampled my voice, and turned it to ‘a hot song.’ As for whether I was using my voice right, that’s for others to decide.”

In the popular segment, Melber had discussed “draconian” drug laws in the US, and how enforcement of those laws is applied unfairly by race, as well as Jay-Z’s marijuana company.

Afterward, the breakdown received praise from, not only Jay-Z, but also Los Angeles Lakers star LeBron James. Melber ended up joining Jay in a Twitter Spaces conversation, later in the week, to discuss the song.

Check out Melber’s segment on “GOD DID” below.