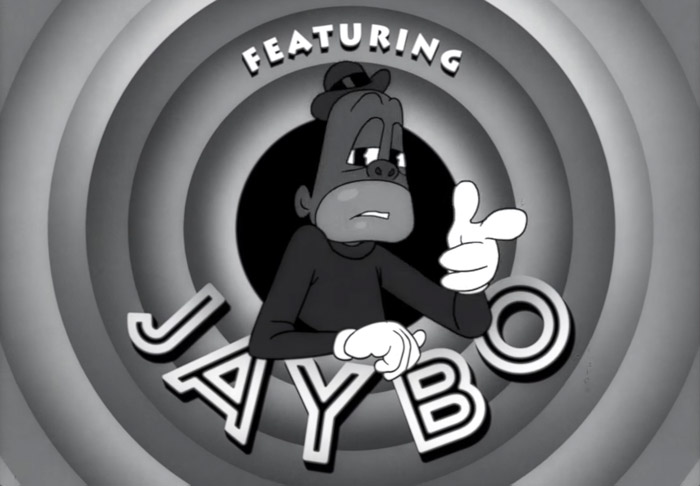 JAY-Z introduced fans to Jaybo in the animated video for “The Story O.J.” Now, he is filing documents to trademark the animated character.

Under his S. Carter Enterprises, Hov plans to sell items like T-shirts, sweaters, hats, blankets, dinnerware, mugs, cocktail shakers, and thermal containers with Jaybo on them, according to TMZ.

Jaybo, who appeared in the video for “The Story O.J.,” was seemingly inspired by “Sambo,” a term with racist connotations famously linked to 1899’s The Story Little Black Sambo. The image Jaybo currently appears on several unauthorized items across the internet, including shirts, hats, and posters throughout Etsy and other similar platforms.

Since releasing the track and its black-and-white video, JAY has spoken about what the standout single means. “It’s a nuanced song,” he told T Magazine last year. “It’s like, I’m specifically speaking to us. And about who we are and how do you maintain the sense self while pushing it forward and holding us to have a responsibility for our actions. Because in America, it is what it is. And there’s a solution for us: If we had a power base together, it would be a much different conversation than me having a conversation by myself and trying to change America by myself.

“If I come with 40 million people, there’s a different conversation, right?” he continued. “It’s just how it works. I can effect change and get whomever in fice because this many people, we’re all on the same page. Right? So the conversation is, like, ‘I’m not rich, I’m O.J.’ For us to get in that space and then disconnect from the culture. That’s how it starts. This is what happens. And then you know what happens? You’re on your own, and you see how that turned out.”

“The Story O.J.” is up for Record the Year, Best Rap Song, and Best Music Video at this month’s Grammys, where Hov leads all nominees with eight nods altogether. The event is set to air live from Madison Square Garden in New York on Jan. 28 at 8 p.m. on CBS.