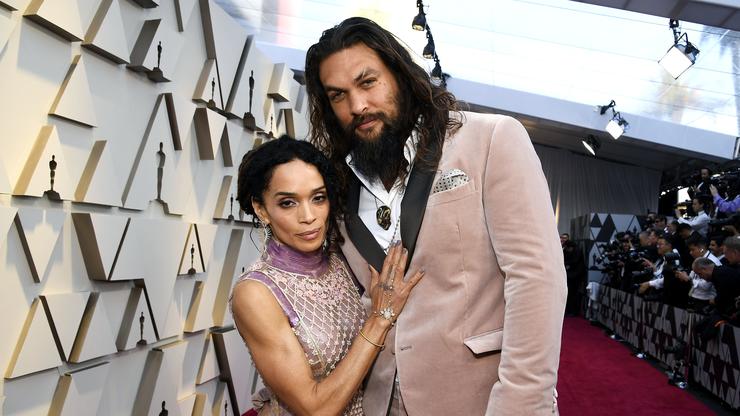 The couple married just four years ago and share 2 children but revealed today that they have decided to go their separate ways.

Another Hollywood couple is deciding to end their marriage and this one came as a shock to the public. There have been several high-profile romances that have ended recently included Meagan Good and DeVon Franklin, Dr. Dre and Nicole Young, Sterlin Shepard and Chanel Iman, Lyrica Anderson and A1 Bentley, Kanye West and Kim Kardashian, Stevie J and Faith Evans, Carmelo and La La Anthony, and Safaree Samuels and Erica Mena. This time, it’s Jason Momoa and Lisa Bonet, and they have announced their separation on social media.

These two first met when they ran into one another at a jazz club many years ago. Some gave them a side-eye because Bonet is 12 years Momoa’s senior, but their relationship endured for 16 years.

“We have all felt the squeeze and changes of these transformational times… A revolution is unfolding-and our family is of no exception… feeling and growing from the seismic shifts occurring,” their joint statement reads. “And so- We share our Family news- That we are parting ways in marriage. We share this not because we think it’s newsworthy – But so that- as we go about our lives we may do so with dignity and honesty.”

“We free each other -to be who we are learning to become… Our devotion unwavering to this sacred life & our Children.”

Back in 2017, Momoa spoke about his wife during an interview, revealing that he desired her for most of his life.

“I saw her on the TV, and I was like, ‘Mommy, I want that one,’ I’m like, ‘I’m gonna stalk you for the rest of my life, and I’m gonna get you,'” he joked. “She was queen always.” He also spoke about the moment they met. “Right place, right time, mutual friends… I had f*cking fireworks going off inside, man.”

They have two children together—Lola Iolani Momoa, 14, and Nakoa-Wolf Manakauapo Namakaeha Momoa, 13—and Bonet shares a daughter, Zoe Kravitz, with music icon Lenny Kravitz. Read through their message in its entirety below.