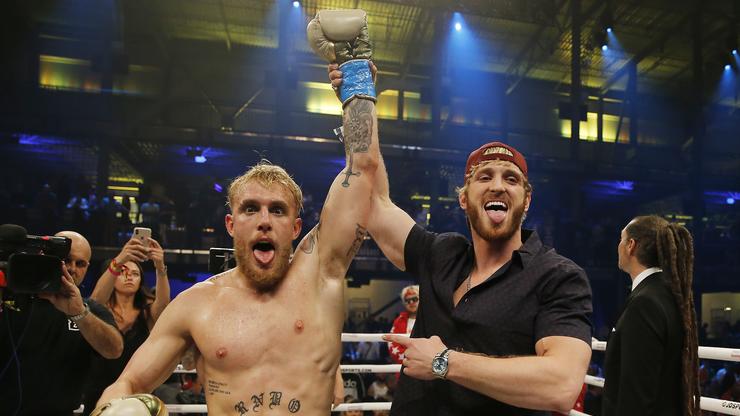 Jake Paul couldn’t help but label his brother as a “fake fighter.”

Over the last year, Jake Paul has been looking to cement himself as a bonafide boxer who could make a real dent in the fighting world. For the most part, he has been able to do just that and fans are excited to see what he will be able to accomplish next, especially after knocking out Nate Robinson. Now, however, Jake is setting his sights on his brother Logan who is about to step in the ring with Floyd Mayweather.

Recently, Paul was stopped by TMZ who talked to the social media star about his brother’s chances. In typical Jake Paul fashion, the YouTuber began to troll the cameraman, noting that his brother is actually a “fake fighter” who is about to get destroyed. Paul even said that what Logan is doing is “bad for boxing” which is more of a shot at Canelo Alvarez, than anything else.

“My brother’s f***ed,” Jake tells us. “It’s bad for the sport. I think it’s just for clout. I wish him the best of luck. I just like — don’t get in there with a guy whos’ never even been knocked out. He’s been knocked down once and it was by accident.”

Of course, Mayweather is heavily favored to win the fight, as he should be. Regardless, it seems like the Paul brothers are going to instill as much uncertainty as possible, despite their impossible chances.