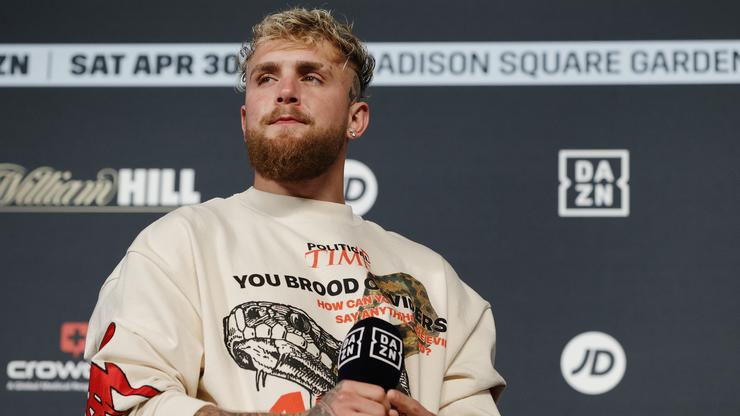 Tommy Fury is currently having a ton of problems getting into the United States. According to reports, his family’s association with a wanted Irish criminal is what’s keeping him from being let into the country, however, Jake Paul isn’t buying it. The two are set for a fight on August 6th at Madison Square Garden, and Paul is livid that Fury can’t figure it out.

Just yesterday, Paul took to Twitter where he lambasted Fury for not going to the embassy like his lawyers have told him to. Paul is clearly frustrated as this would be the second time Fury has bailed on him.

“We’ve spoken to Tommy Fury’s lawyers. They are all advising him to just go to the embassy to get his Visa,” Paul said. “That’s all he has to do, but Tommy is showing no urgency. He hasn’t gone yet. He’s not communicating with us on what he’s doing. Is it another case of Tommy Fumbles being scared to fight me? I think the Fury family is manipulating something here to make me fight in the UK.”

Paul went right back to Twitter this morning where he had even more words for the younger Fury brother. Essentially, Fury is still doing nothing to improve his situation, and it seems like Tyson Fury has no interest in honoring his $1 million bet with Jake. The two were supposed to set up an escrow account, but Tyson has gone ghost.

“Tommy Fury is in hiding. Bitch made,” Paul wrote. “Tyson Fury lawyer never got back to my team on setting up escrow for our $1M bet. Never believed in his brother. Instructed my team to do a Hova and move On To The Next One.”

At this point, there is no telling whether or not the fight will actually go down. This is a nightmare scenario for Paul, and the frustration is palpable.