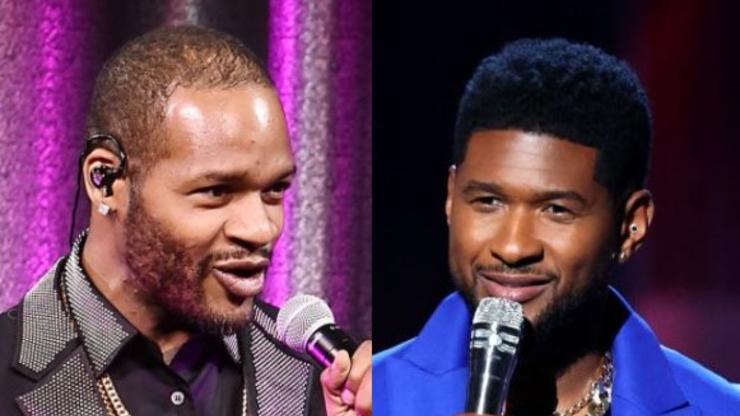 He gave Usher just one month to answer him and if not, Jaheim said, “I’ll just say checkmate.”

As fans await news of the next Verzuz, artists continue to call out one another. Not every challenge is made boastfully; some artists just want to share the Verzuz stage with their friends for an epic reunion-style performance. The shows have been lucrative as those who have graced the stage have seen an astronomical increase in sales, so Verzuz has become a platform that has helped reignite interest in certain artists’ catalogs. While there has yet to be a revelation regarding how much performers get paid, it doesn’t seem to matter to many, like Jaheim, who want their shot in the spotlight.

The last few major news stories about the R&B veteran have been controversial, whether they be about his admiration of Donald Trump or his reported arrest on charges of animal cruelty. With that behind him, Jaheim returns to say he wants his chance at a Verzuz and his chosen opponent is Usher.

Usher is an icon in the R&B, Pop, and Hip Hop arenas as he has given us decades of hits, one after the other. Although it seems that Jaheim’s first four albums were RIAA certified, his remaining catalog hasn’t received as much love—although, many of his singles have also become classics. Usher has also amassed quite the trophy collection that includes Grammys, Billboard Music Awards, American Music Awards, BET Awards, BMI Awards, ESPYs Awards, and iHeart Music Awards, to name just a few.

“Someone set it up!!! Let’s move all the pawns out the way!!!” Jaheim wrote on social media. “King Move but if you are scared I’ll just say checkmate!!!! I will give usher 1 month to step up. Nothing personal he’s one of the best. RESPECTIVELY.” The call out gained a passionate reaction from music fans. Check out Jaheim’s message, and a few reactions, below.