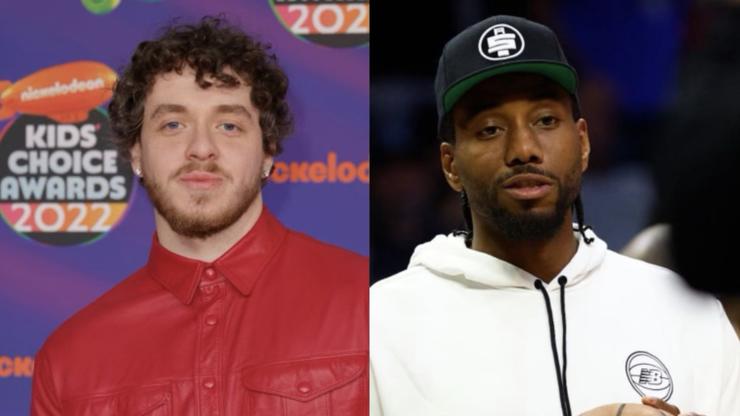 Kawhi had a word of advice for his young friend before he gets to work on “White Men Can’t Jump.”

Jack Harlow has been revelling in the joy of being cast as Billy Hoyle in the upcoming White Men Can’t Jump reboot, but according to Los Angeles Clippers player Kawhi Leonard, the “First Class” rapper has some serious work to do on the court before he’s ready for the role.

During a recent sitdown with Complex, the Kentucky-born recording artist was asked about his relationship with the NBA player, seeing as they both currently have partnerships with the beloved sneaker brand New Balance.

“He’s the shit,” Harlow said of Leonard. “I met him for the first time the other day… Told him about the movie that I’m preparing for, and he told me I need to get my layup package together because it’s ass.”

The 24-year-old admitted that he’s hoping the former Toronto Raptors player can help him out with some tips, adding that he’s been hard at work on drills that will sharpen his skills on the court (and on-screen), particularly when it comes to working with his left hand.

In the past, we’ve seen Harlow show out alongside other famous faces like Tiffany Haddish, Quavo, and Machine Gun Kelly during NBA All-Star Weekend, but clearly, he’s got some training to undergo before he’s ready to face off against Leonard in a real league game.

Speaking of Quavo, the Migos member previously made it known that he would love to star alongside the Sweet Action hitmaker in the White Men Can’t Jump reboot, but ultimately he lost out on the role to former Power actor Sinqua Walls – read more about that here, and let us know if you think Harlow’s layup package needs work in the comment section below.