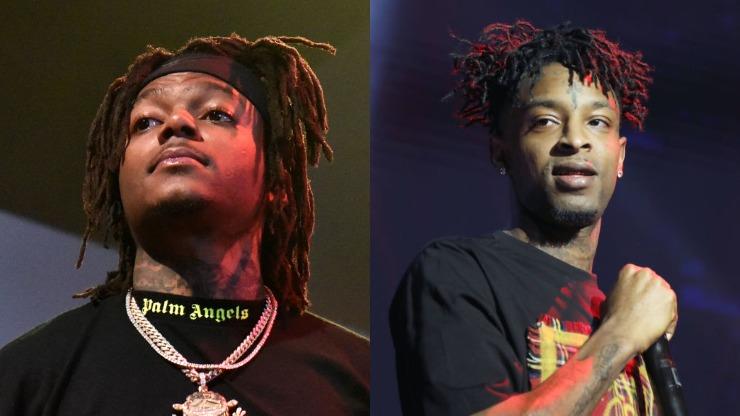 It appears that J.I.D and 21 Savage have a new collaboration on the way, “in due time.”

At this point, the wait for J.I.D’s upcoming studio album — his first since delivering DiCaprio 2 at the end of 2018 –– is as long as any in the game. And to think, there’s no telling when the anticipated project will be dropping, as J.I.D has yet to fully shift his gears into rollout mode.

That’s not to say it’s been entirely quiet. He did recently confirm that he had been cooking up with Metro Boomin, a collaboration that had many fans excited. Now, J.I.D’s manager Barry Hefner took to Twitter to spark a little bit of hype, teasing an upcoming duet between two of “East Atlanta’s Greats,” J.I.D and 21 Savage.

Though he didn’t share any actual music, it’s entirely possible that J.I.D and 21 Savage‘s new song will kick off the rollout to the former’s anticipated album. Should that indeed be the case, perhaps we’ll be seeing the project arriving before the year’s end after all. It should also be noted that 21 Savage is a frequent collaborator of Metro Boomin, so don’t be surprised if the legendary producer played a role in crafting the instrumental.

For now, all we can really do is speculate. It’s been a minute since we first heard the rumors that J.I.D’s next project would be executive produced by No I.D, and it’s uncertain as to whether or not that has remained the case. We’ve also seen footage indicating that J.I.D has previously been working with Smino, Denzel Curry, and Buddy, as well as Benny The Butcher and Cordae.

Check out the teaser for the J.I.D and 21 Savage collaboration below, and sound off if you’re excited for the full album.