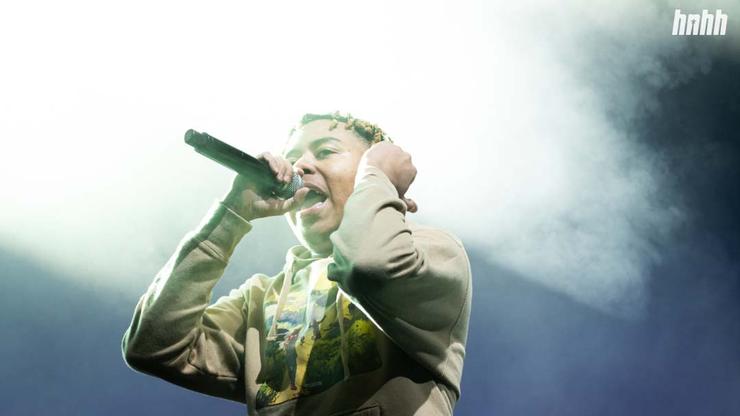 A day after celebrating his 24th birthday, rapper Cordae posted a photo in the studio with veteran emcee Nas.

Raleigh-born rapper Cordae has been quite busy lately. He recently announced his up-and-coming-label Hi Level by debuting a trailer that speaks to the label’s mission. In the caption for the new trailer, Cordae indicated that “Applications are open,” and invited users to tag a creative they know in the comments. It is clear he is also gearing up for the release of a new project. As we recently reported, Cordae has wiped his Instagram, prompting fans to theorize that his upcoming album, From a Birds Eye View, is releasing soon.

The rapper has also been dating Tennis superstar Naomi Osaka. The twenty-something-year-olds are quite the perfect match. While Osaka was the world’s highest-earning female athlete of all time by annual income in 2020, Cordae has accomplished equally great feats in his rap career, earning a Grammy Award nomination for his debut studio album The Lost Boy in 2019.

In other music-related news, Cordae was recently featured on Disney’s Music for the Movement Volume III EP and committed to donating his earnings to help fund scholarships for underserved youth who wish to attend an HBCU. “So many people need the money more than I do. I feel as though when you’re in such a blessed position, it’s important to pay that forward to be a blessing to others. It’s especially important to me to invest in our youth and the future,” Cordae announces in a statement.

While we don’t know the context behind this photo, we can only hope it means a dope collaboration is on its way. The rapper has recently collaborated with singer H.E.R., Young Thug, and Eminem. The latter collab earned him his first hot 100 song placement.

Watch his most recent video with Young Thug below.