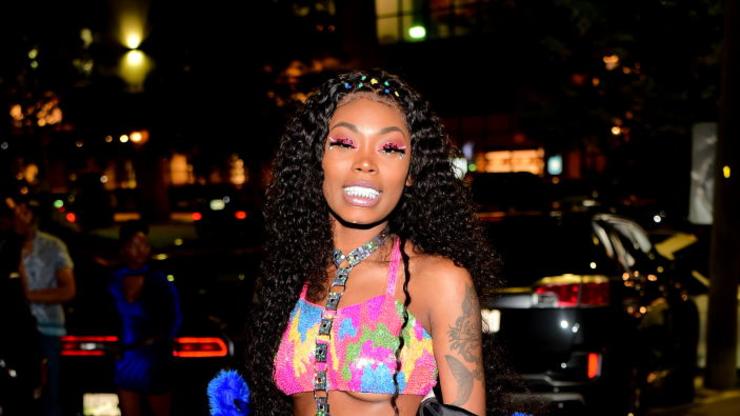 Since the passing of upcoming Chicago rapper King Von in early November, Asian Doll has proven her love for him is a forever thing. The pair had their ups and downs and reportedly split in August 2020, just a few weeks before Von’s death, but they still had a lot of love for each other. The couple met in November 2018 according to a story Asian Doll shared via Twitter and they dated on and off ever since. Intimate photos of the stars surfaced in early October, and many fans speculated that the pair rekindled their relationship. However, Von squashed those rumors and let everyone know he was still single, which means that they were likely broken up at the time of his death.

However, the self-proclaimed “Queen Von” let everybody know that her love for her man never faltered. She truly believed that she and the “Took Her To The O” rapper were soulmates. Asian recently got a portrait of the late rapper tattooed on her hand, and also shared a heartfelt love song Von had written for her sometime before his death. A few of those in Von’s circle have attempted to refute many of Asian Doll’s claims about her relationship with Von, but the love she has for him shines through each memoir that’s posted in his honor.

Scroll through the gallery below to see some of the most heartfelt tributes Asian Doll has shared in memory of King Von.

Asian Doll shared a cute cuddling moment with her beau.

“I Finally Found Myself…”

“Queen Von” said King Von helped her see that she had a heart.

Von took Asian Doll to Hawaii for her birthday last year and shared a few cute moments from the couple’s trip.

The “Doll Szn” rapper loved her man’s presence, sharing that his absence was taking a toll on her emotionally.

The rapper bonded with Von over their similar upbringings, believing that they were meant to be together.

King Von was her favorite person to have by her side.

A dedicated hype woman! Asian loved being on stage with her man.

Asian Doll remembered King Von’s best moments and shared a heartfelt story of his passion for taking care of his family.