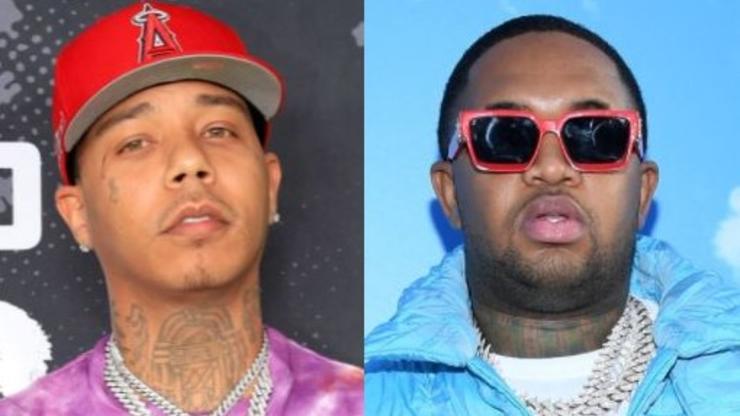 In the clip, Hitmaka seems sure that he can go toe-to-toe with Mustard on “Verzuz” and it sparked a back-and-forth.

No, it’s not rappers who are going back and forth over catalogs today, it’s producers. As Erykah Badu famously told the world, artists are sensitive about their crafts, and after a Twitter user posted a clip of an interview Hitmaka previously did with The Joe Budden Podcast, things got a tad spicy on the platform. In the clip, Hitmaka suggested that he would stand tall against DJ Mustard in a Verzuz battle, and Mustard couldn’t help but comment.

“He’s high man lol,” Mustard wrote. Hitmaka responded with, “No I ain’t. In the last 5 years since last time we worked I’ve sold more records & have more number 1’s than you. Im a light one up tho.”

“Lmfao the fact that you believe that shows how high you really are lol,” Mustard replied. The commentary continued as Hitmaka continued to face off with Twitter users who attempted to downplay his accomplishments. “I really got records that’s triple & double platinum & one that’s almost 10 million when bro was like a sophomore in HS he play sum from 2012 I can go there.”

He followed up by once again tweeting to Mustard, “Whole game talking now u took it viral might as well gone head get ya 20 @mustard I’m the underdog we both get high I know u ain’t ducking… We can put sum personal bread up make it interesting.” Meanwhile, Mustard has been trolling Hitmaka by showing off his awards and trophies.

Check out a bit of the exchange below and let us know who you believe would take the crown in a Verzuz battle between these two.