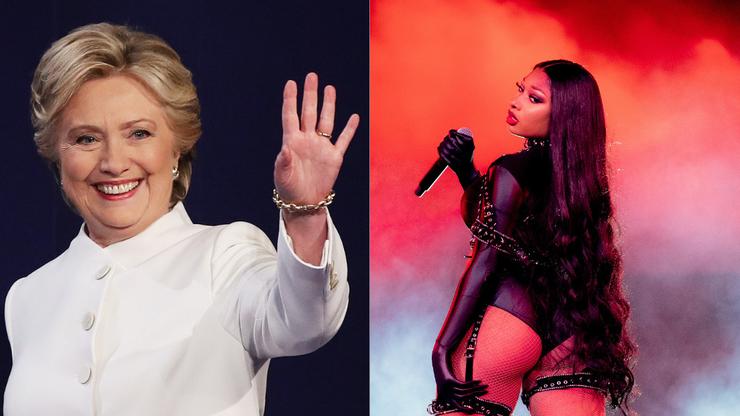 Hillary Clinton and her daughter Chelsea spoke with Megan Thee Stallion for a new episode of their series, Gutsy, which premiered on Apple TV+, Friday. During the discussion, Hilary admits that she only was introduced to Megan’s music through her iconic 2020 collaboration with Cardi B, “WAP.”

Speaking with PEOPLE ahead of the episode’s debut, Hilary said that her initial reaction to the song was admiration: “I didn’t know what to think, because I’m of a much different generation, but I admired the audacity and the kind of agency that both of those young women were exhibiting: ‘Here I am. Here’s what I want to say, and either like it or not.’ I did respond to that.”

“It’s great to see women be so kind of fierce,” Chelsea says in the episode.

In a preview of the chat, Megan can also be heard discussing how people jump on a “bandwagon” when they see others “attacking a woman,” but affirms that her haters will get worn down before she does.

In other episodes of the Clintons’ new show, they speak with Kim Kardashian, Goldie Hawn, Kate Hudson, Amy Schumer, Gloria Steinem, Dr. Jane Goodall, and more. All eight episodes of the series are available now on Apple TV+.

Check clips from the Clintons’ discussion with Megan Thee Stallion below.