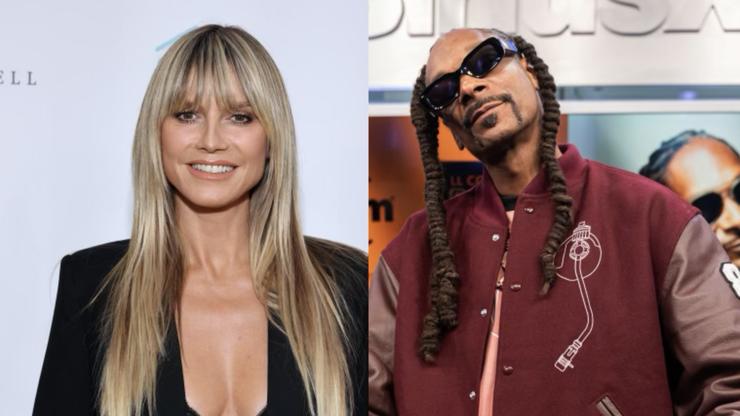 The joint song will reportedly be the opening track on “Germany’s Next Top Model.”

Snoop Dogg has teamed up with an impressive roster of other creatives throughout his long-spanning career, and now, he can add 48-year-old German-American model Heidi Klum to his list.

As ET Canada reports, the Making the Cut host has teamed up with the California-born rapper for a new song called “Chai Tea with Heidi,” which is said to have been inspired by Rod Stewart’s 1983 hit “Baby Jane.”

“I love stepping outside of my comfort zone and challenging myself so it was something I was definitely considering but I knew there was only one person I wanted to sing with.”

Klum went on to explain that she’s a huge fan of the “Gin N Juice” rapper, adding that she “figured [she] needed to go big or go home” with her trip to the studio. “I contacted him about the idea and, to my surprise and delight, he invited me to come to his studio. I love a song that makes people want to dance and have fun… and Snoop helped deliver just that.”

“Sometimes, I need to pinch myself to make sure I am not dreaming this because it is truly a dream come true.”

Listen to “Chai Tea with Heidi” above and let us know what you think of Snoop Dogg‘s latest collaborative venture in the comments.