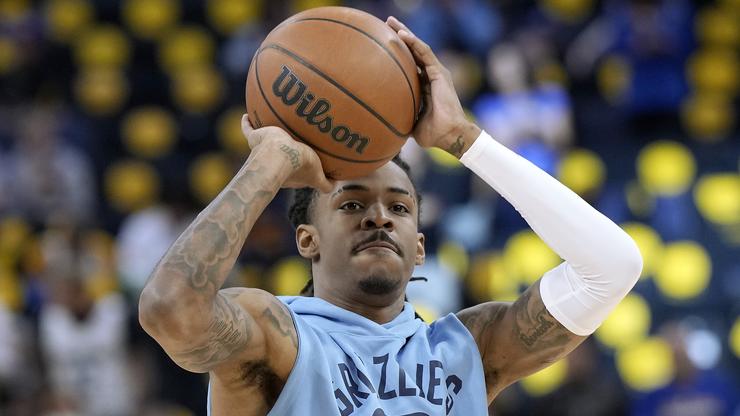 Grizzlies head coach Taylor Jenkins says that there is a “really good chance” that Ja Morant will miss the team’s Game 4 matchup with the Golden State Warriors in the Western Conference Semi-finals. Morant was injured following a collision with Jordan Poole, who he claimed “broke the code,” in a since-deleted tweet.

Morant was injured during the fourth quarter of the team’s blowout loss to the Warriors on Saturday night, after Poole pulled on his knee while reaching for the basketball.

“[Morant] was going after a dribble and Jordan Poole grabbed his knee and yanked it which kind of triggered whatever happened,” Jenkins said during his postgame presser. “I’m going to be very curious to see what happens after that.”

Poole claimed after the game that the grab was a “basketball play” and he didn’t intend to hurt Morant.

“I’m not even that type of player,” Poole said. “I respect everybody. So obviously, hopefully, he gets better. … I don’t even play like that, that’s not my type of game.”

His teammate, Steph Curry, also defended the move from Poole.

“There’s nothing malicious about what Jordan did, there’s no comparison to what Dillon did or Draymond, like nothing in that vein. So it’s not a joke that Ja’s hurt but all the rest of it is just total BS in terms of the conversation rn,” Curry said after the game.

Game 4 between the Grizzlies and Warriors is scheduled for Monday night. The Warriors are currently leading the series 2-1.