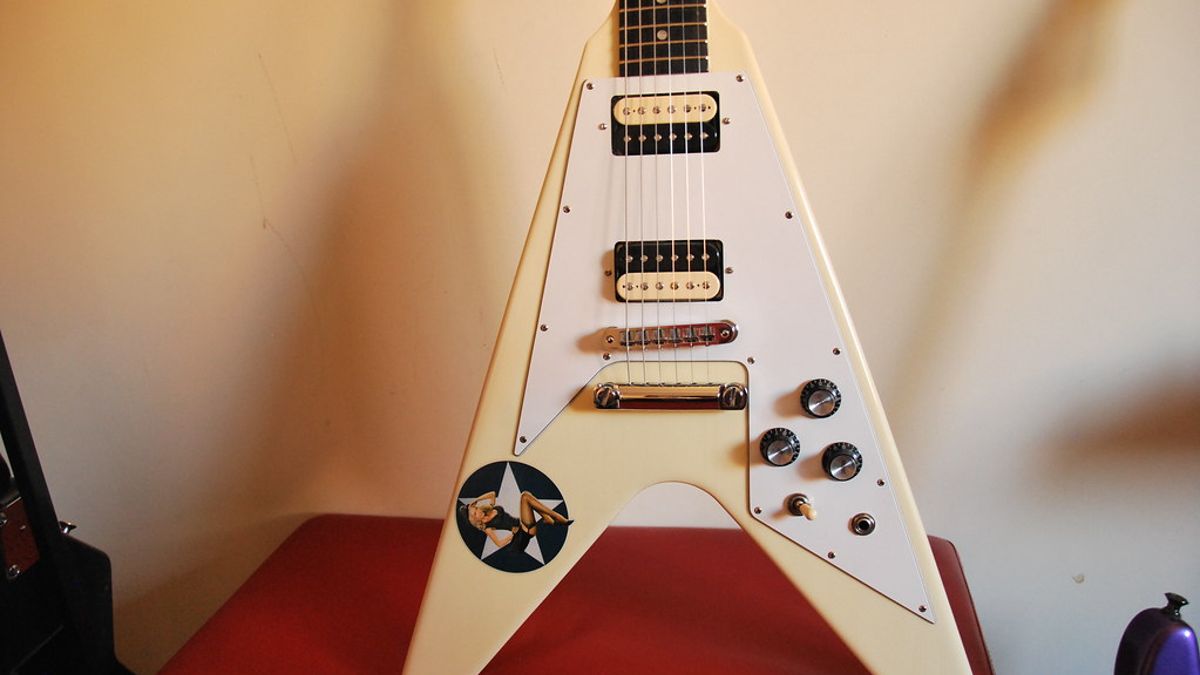 Gibson has won its lawsuit over guitar shape, with the court ruling that shape is part and parcel of a brand.

Back in 2019, Gibson filed a lawsuit against Dean Guitars over the shapes of its ‘Explorer’ and ‘Flying V’ guitars. The shape of the Gibson Explorer was made famous by U2’s The Edge and James Hetfield of Metallica. Meanwhile, the Gibson ‘Flying V’ was popularized by Albert King and Randy Rhoads with Ozzy Osbourne.

Gibson’s lawsuit was filed against Armadillo Distribution Enterprises, the owner of Dean and Luna Guitars. Gibson’s lawsuit alleges that Armadillo copied and profited from multiple Gibson styles and designs by creating similar guitar shapes. Dean Guitars held that the shapes were generic and open for use, but a jury disagreed.

“The court found that the Gibson trademarks are valid, the Gibson shapes are not generic, and the defendants were guilty of both infringement and counterfeiting,” says a Gibson spokesperson. “Gibson is very pleased with the outcome after years of simply trying to protect their brand and business through well recognized intellectual property rights – rights that have been Gibson’s for decades.”

It’s worth noting that Dean guitars was not found to have infringed on Gibson’s standalone trademark for the Flying V electric guitar.

“We are thrilled that Texas jury has vindicated Armadillo in ruling for Armadillo on its defense to Gibson’s trademark claims on our Dean V guitar, Dean Z guitar, and Evo headstock,” says Armadillo CEO Evan Rubinson. Dean Guitars will focus on the three guitar shapes that were deemed not liable for the use of the shape and headstock.

“The jury issued a judgement in the amount of $4,000,” a mere fraction of the $7 million originally sought by Gibson,” Rubinson adds in his statement. The $4,000 judgement is owed for “counterfeiting statutory damages per counterfeit trademark per type of goods sold.”