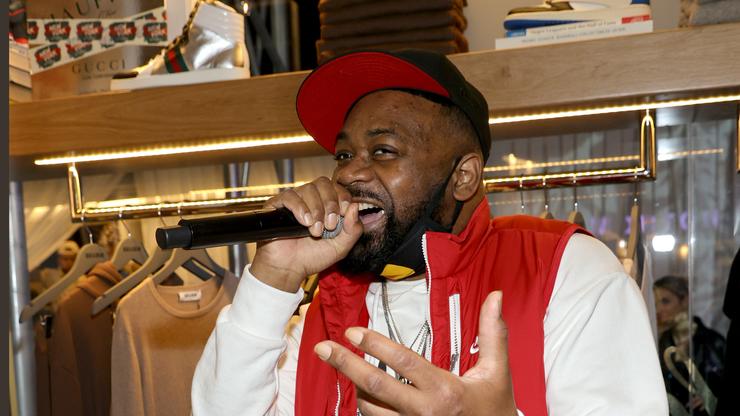 Mayor Eric Adams awarded Ghostface Killah his own day in New York City during the ribbon-cutting ceremony for his Killah Koffee Shop in Staten Island.

Ghostface Killah officially received his own day in New York City. Mayor Eric Adams awarded a proclamation to Ghostface during the ribbon-cutting ceremony for his Killah Koffee Shop in Staten Island. Thanking the Wu-Tang Clan veteran for his contributions to music, May 9 is officially Ghostface Killah Day.

“There’s so many people coming out here seeing a performer, a young person who grew up here who lived in public housing and went to public school, and now is able to have a business out here; just coming back to the community. That’s what it’s all about,” Adams said during the ribbon-cutting ceremony. “So we just want to say, thank you. Thank you for reinvesting.”

“I love each and every one of y’all for coming. God bless,” Ghostface said. He also added that he was “grateful and humbled” for the honor. Many rappers came forward to show their appreciation of Ghostface on social media, including, Fat Joe, Conway the Machine, Sheek Louch, Pete Rock, and Pharoahe Monch. Music producer Mark Ronson also shouted out the east coast rapper.

Killah Koffee is not yet officially open to the public but co-owner Ross Filler has announced that the company’s four flavored beans – vanilla, supreme dark roast, marvelous medium roast, and marble cake – are available to purchase online.

Filler spoke about opening their first shop on Staten Island, “It means more culture and more flavor and more attention for Staten Island because that’s exactly what Wu-Tang and Ghostface and everybody’s been bringing.”