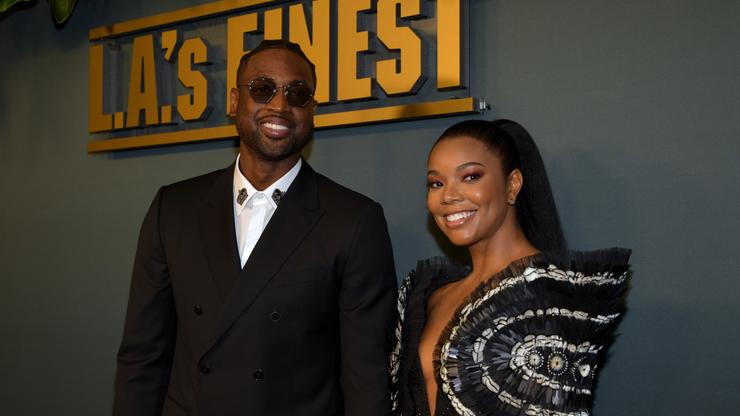 Gabrielle Union revealed how she felt when Dwyane Wade had a child with another woman in 2013.

For a long time now, Dwyane Wade and Gabrielle Union have been the poster for a what a celebrity couple looks like at its best. From Union constantly roasting Wade while he was playing and also after retirement, to adorable couples costumes, the occasional pic from bed and even Wade’s recent (and mostly joking) desire for the couple to start an OnlyFans page, they have shown the world what it looks like when two stars come together in harmony.

More recently, however, Union has detailed how it looks when things aren’t so harmonious.

According to Page Six, in her new memoir You Got Anything Stronger?, Union wrote that during a rough patch in her and Wade’s time together, the former-Miami Heat superstar fathered a child with a different woman, leaving Union “devastated.”

“To say I was devastated is to pick a word on a low shelf for convenience,” Union wrote. “I have not had words, and even after untold amounts of therapy I am not sure I have them now.”

Wade and Union, who started dating in 2008, were on a break in 2013 when Wade had a son, Xavier, with another woman. The couple was able to eventually move on and marry just a year later in 2014 but, after struggling to conceive children of their own, Union said Wade fathering another child made things more difficult for her.

“I would have sold my soul for a win. To get out of the endless cycle of loss,” she wrote. “The experience of Dwyane having a baby so easily while I was unable to left my soul not just broken into pieces, but shattered into fine dust scattering in the wind.”

Union, who has been very outspoken about many topics, most recently recounting a “heartbreaking & terrifying” racist experience in Croatia and most notably an unsafe work environment on America’s Got Talent, did acknowledge that she and Wade were able to “gather what (they) could to slowly remake me into something new,” and the couple has obviously reached better ground in the years since Wade’s child was born but what do you think of these revelations from Gabrielle Union? Let us know in the comments.