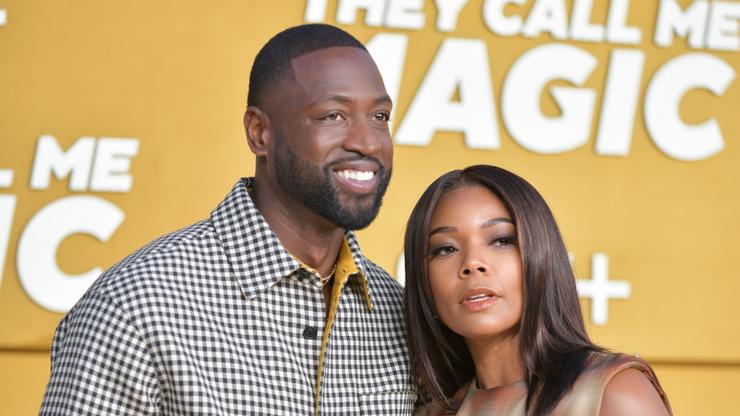 Zaya Wade also shared a heartfelt post with her significant other.

This holiday season, Gabrielle Union and Dwyane Wade are putting “family over everything.” During the long weekend, the Bring It On actress hopped on Instagram to upload a sweet family portrait that found them posing for the camera, wearing their Sunday best.

On the left, we see Gab and her man, holding hands with their youngest child, Kaavia James, who put on a sweet smile for the camera. The former NBA player’s son, Zaire Wade, stands next to his father, with his arm wrapped around his girlfriend, model and actress Lola Ann Clark.

The final couple, standing on the very right of the picture, consists of young Zaya Wade, and her partner, Hudson. On her own IG page, Zaya wrote a thoughtful Easter post alongside some more family photos.

“I’ve had the best weekend, spending quality time with my family and [significant other] for Easter,” she began. “I hope everyone has had a wonderful Easter today and a wonderful Passover this week!! I love you guys @dwyanewade @gabunion @zaire @kaaviajames @telltell_heart @tragilwade @huazeleof4 #easter #familyforever #loveislove.”

Union and Wade have been open about their unique family situation over the years, and the former has even admitted in her memoir that she was “devastated” upon learning that the athlete had fathered a baby with another woman.

“To say I was devastated is to pick a word on a low shelf for convenience. I have not had words, and even after untold amounts of therapy I am not sure I have them now,” she wrote – read what else the actress had to say here, and tap back in with HNHH later for more celebrity news updates.