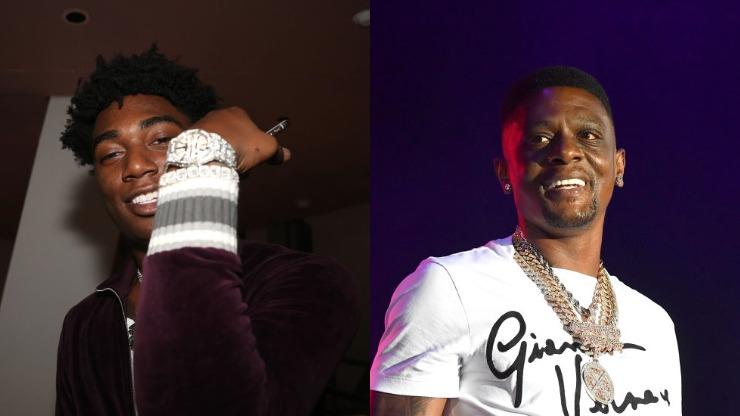 Fredo Bang speaks on his connection to his cousin Boosie Badazz, reflecting on why they haven’t collaborated yet.

Family ties aren’t exactly uncommon in the rap game. Griselda’s Westside Gunn and Conway The Machine are brothers, with Benny The Butcher being their cousin. E40 and Tech N9ne discovered they were cousins, as did Denzel Curry and Smino. Insofar as the new generation is concerned, rising rapper Baton Rouge Fredo Bang recently confirmed that he and Boosie Badazz were indeed cousins, speaking on the topic during a lengthy interview on The Breakfast Club.

When speaking on his influences and naming Kevin Gates as a prominent one, Angela Yee inquires about the Boosie connection. After confirming that Badazz is his “real” cousin, he admits that they haven’t really spoken that much. “We spoke after everyone found out we were cousins,” he explains. “I seen him in Atlanta at the airport. It was nothing, he said he had some things to tell me. We talked, I got his number. He said he was going to do some music with me, but he never picked the phone up.” He laughs, as do Envy and Charlemagne. “Kevin Gates picking the phone up though,” says Tha God.

When Yee asks for more details about the familial link, Fredo Bang describes it as a “Baton Rouge” thing. “People I rap with, TBG, I got with TBG 2014, 15. There’s a lot of history,” he muses. “TBG was started in the 90s, so I don’t really know what they got going on.” When Charlamagne inquires about who actively involved in the crew, Fredo explains that “Boosie was kind of TBG. There was basically Badazz entertainment and TBG, it was family. You know, family business, something happened — I don’t really know. When he came home everything was good. Something happened, I don’t know.”

It should be noted that Boosie previously dodged a question about Fredo Bang during an interview on Vlad TV, suggesting that the history runs deeper than commonly known. The Breakfast Club hosts take the hint and avoid prying further, shifting the conversation back to Kevin Gates and his own connection with Fredo. Seeing as all the Boosie talk transpires within the first two minutes, rest assured that there is plenty of material to unpack for fans of the up-and-coming rapper. Check out the full interview below.