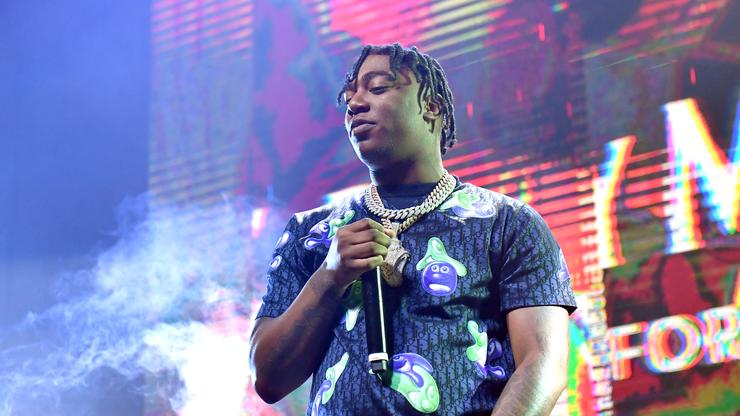 Fredo Bang was arrested due to a warrant from Louisiana.

Surprising news is coming out of the hip-hop world today as it was revealed that Fredo Bang was arrested in Miami on Thursday just one day after his associate Lit Yoshi was also arrested in the city. According to the Miami Herald, Fredo Bang and Lit Yoshi were both wanted on warrants in Louisiana. The arrest comes at a very interesting time as Fredo Bang was scheduled to perform at Rolling Loud on Friday, which is set to go down in Miami.

At the time of writing this article, Fredo is being held at the Turner Guilford Knight Correctional Center all while Lit Yoshi is being held for alleged  attempted murder. When it comes to Fredo Bang, there is no information just yet on what he may be charged with, however, it is being reported that both arrests could stem from the 2019 shooting involving NBA YoungBoy which took place in Sunny Isles Beach.

At the time of this shooting, YoungBoy’s girlfriend was injured all while a 43-year-old man was killed. Miami-Dade investigators had reportedly been looking for Yoshi and Fredo as their Top Boy Gorilla group had been in a feud with YoungBoy at the time.

In a new tweet from DJ Akademiks, it was reported that Fredo Bang was picked up by the FBI and that charges stemming from the alleged YoungBoy shooting could very well be imminent.

Details continue to emerge from this situation so stay tuned to HNHH as we will bring you all of the latest information.