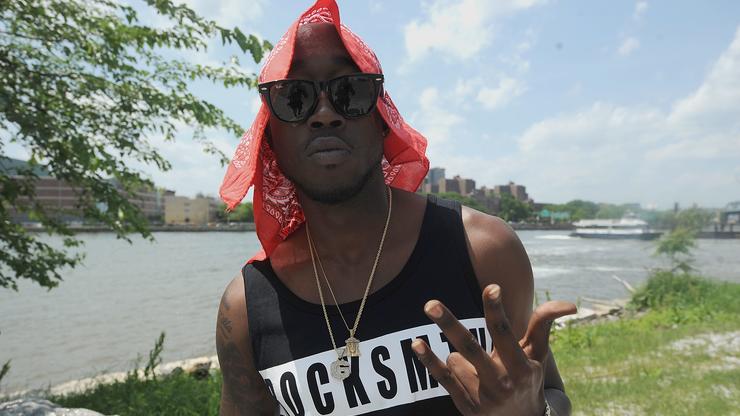 Freddie Gibbs reacts to Akademiks claiming that his brother is a District Attorney.

Freddie Gibbs and Akademiks’ beef couldn’t get any weirder. One guy streams on Twitch while the other is a reformed drug dealer who has a penchant for trolling. The two have gone back-and-forth for a minute now, though Ak threw up the white flag after his Instagram page was shut down. According to Akademiks, Freddie Gibbs was responsible for getting his account suspended.

During a recent appearance on Million Dollaz Worth Of Game with Wallo and Gillie, Akademiks leaped into his feud with Freddie Gibbs. Ak’s first L in this segment was attempting to compare Freddie Gibbs to Tekashi 6ix9ine. Perhaps, he believed the comparison to be true because he believes Freddie Gibbs “snitched” on him to Instagram, while his buddy literally testified in court.

However, Ak continued to question Gibbs’ alleged street ties with claims that members of his family had legal jobs. Ak said Freddie Gibbs‘ father is a cop, a claim that the Gary, IN rapper confirmed long before his feud with the Internet personality. Then, Ak said Freddie Gibbs’ brother was a doctor — another fact that the SSS rapper has mentioned on social media and in interviews. However, the allegations that Freddie Gibbs’ other brother was a D.A. turned Ak’s rant into a game of “2 truths and a lie.”

Freddie Gibbs responded on Twitter earlier today, without any explicit mention of Akademiks. “I never had a brother that was a district attorney I wish I did though,” he tweeted.

No word from Akademiks yet but there’s a good chance we’ll hear a response during a drunken Twitch stream.