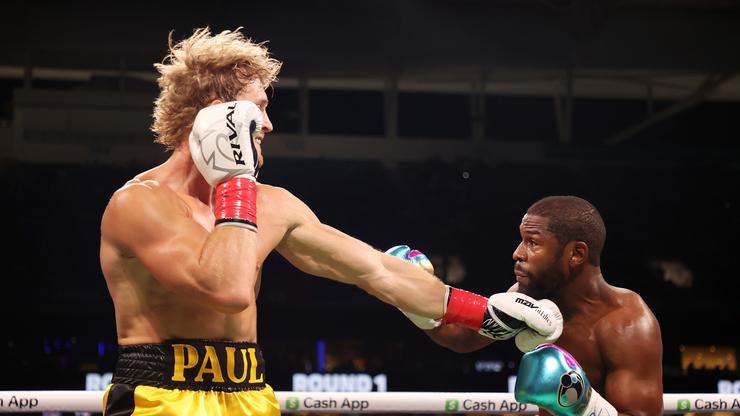 Mayweather’s cousin alleged that the result was premeditated.

Dejuan Blake, the cousin of boxing legend Floyd Mayweather Jr. and a member of his boxing entourage since 2002, made a bold claim to The Sun that the boxer allowed YouTuber Logan Paul to go all eight rounds against him, in the exhibition match that took place back in June at Hard Rock Stadium in Miami. The fight has been heavily scrutinized by boxing fans and critics of the sport because of its apparent damage to the integrity of the sport in general, and the fact that there were very few highlight moments – namely, no knockouts – made it difficult for fans to appreciate.

It was apparent in the lead-up to the fight that Mayweather only got involved and agreed to the fight because of the monumental amount of money he was offered to participate, which tallied at around $100 million total. Blake alleged that Mayweather didn’t want to seriously hurt Paul during their exhibition, and made the decision prior to allow the fight to go the distance for fans to get their money’s worth out of the pay-per-view fee. Conversely, some fans feel they would’ve gotten their money’s worth with some crucial knockout blows.

“Once again, it’s an exhibition, like Floyd said, he’s not a boxer, why would he want him to get hurt and not be able to go home and talk to his family,’ Blake said. “One punch could change the game, why would he want to hurt him like that?”

Despite the talking matches and pre-match controversies that transpired, namely an altercation that involved the stealing of Mayweather’s hat, Blake refuted claims that Mayweather should’ve taken those actions personally.

“A lot of people said, ‘You should knock him out for all the s*** he’s talking,'” Blake said. “But at the end of the day, Floyd loves the sport that he’s been involved in, but he also hates what comes with the damage that comes after the sport is over.”

Blake finished his thoughts on the match by underlining how impressive it is that, despite Mayweather’s advanced age in a sport that favors the young – much like most professional sports around the world – he was still able to attract such a large and younger demographic by fighting Logan Paul, who had garnered his following through YouTube and social media.

“Floyd is closer to his 50s than he is his 20s and he was able to capitalize on that generation, that youth, that young crowd,” he said. “It was a great experience, a great event. We did great numbers for a non-professional fight, it was a success.”

What do you think of Blake’s comments? Do you believe that Mayweather let Paul off easy? Let us know in the comments below.