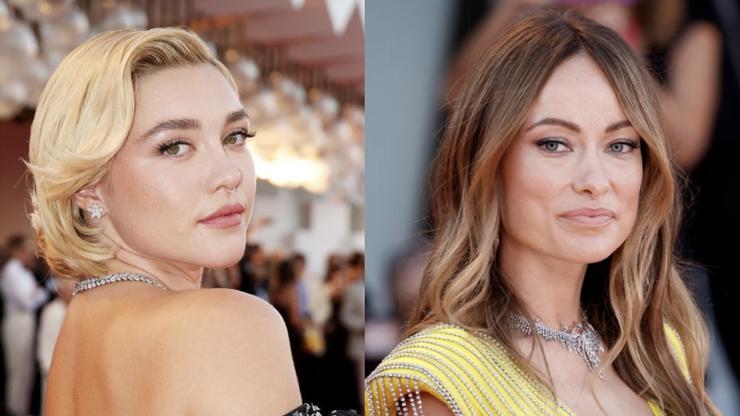 The “Midsommar” actress is said to have been annoyed by Wilde’s frequent disappearances with her beau, Harry Styles.

On the official premiere day of Olivia Wilde’s highly anticipated psychological thriller Don’t Worry Darling, reports have alleged that the director and her leading actress, Florence Pugh, got into a “screaming match” on set before the project wrapped.

An unnamed insider (said to have spent “significant time” working on the film) spoke to Vulture about the incident, describing it as a “blowout argument” that took place back in January of 2021 when the movie was approximately three-quarters of the way through production.

It’s been noted that the Midsommar starlet was frustrated due to “frequent, unexplained absences” from Wilde, who, at the time, had just begun her relationship with former One Direction star, Harry Styles. “Olivia and Harry would just disappear,” the insider claimed, adding that the tension ultimately led to the aforementioned screaming match.

As Page Six notes, this isn’t the only drama to reportedly come from the project’s set. “I can tell you for a fact that Flo seeing Olivia and Harry all over each other on set did not go down well as Olivia was still with Jason when she first hooked up with Harry,” the source dished.

Other drama to explode from the movie involved embattled actor Shia LaBeouf, who was either fired or chose to walk away from starring opposite Pugh onscreen.

Read more about that here, and check out the trailer for Olivia Wilde’s Don’t Worry Darling below.