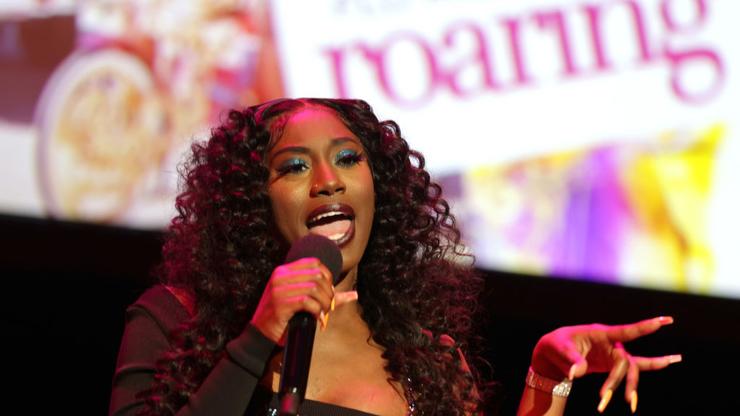 Flo Milli is setting some boundaries. The Alabama native is known for hits like “In The Party,” “May I,” and “Not Friendly,” and while she loves to see fans in the audience having a good time and turning up at her shows, she’s not impressed with watching them snort lines from up on stage.

On Sunday, April 24th, she hopped on Twitter to address the situation, writing, “Aye, y’all gotta stop snorting that shit while I’m on stage,” seemingly referring to cocaine use among crowds at her concerts. “It be throwing me off!! [Please] do yo line [before] I get there.”

It seems like many of Milli’s nearly 460K followers were taken aback by finding out what goes on at her shows. “They doing booger sugar while [you] on stage?!??” one concerned user responded to the initial post.

“Lmao pretty bad when the artist tells you this,” and “Off the powder at the Flo Milli show is crazy,” others added. Another person took the Ho, why is you here? hitmaker’s warning one step further, screenshotting her initial post and erasing everything but “Aye, y’all gotta stop snorting that shit,” also writing “Fixed it for you.”

In other news, earlier this year, JT of the City Girls gave Flo Milli her flowers, crowning the up and coming star as her “favourite new woman in rap” – read more about that here, and check out Twitter’s reaction to finding out some fans have been doing cocaine at the 22-year-old’s shows below.