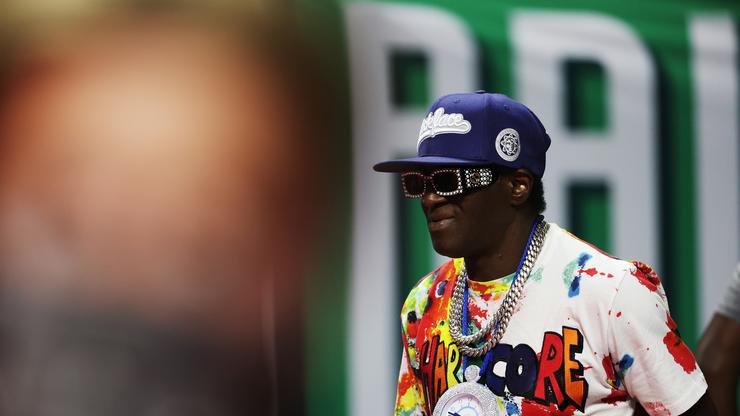 A paternity test confirmed that Flavor Flav has a new son.

After taking a paternity test, it became clear that the former Public Enemy member was the father of a 3-year-old child named Jordan.

Jordan’s maternal grandparents claimed that their daughter Kate had once been Flavor Flav’s manager. During that period, the two began to have a romantic relationship, during which Kate got pregnant. For a while, however, it was maintained that Flav was not the father. The paternity test provided concrete proof to the contrary.

It seems Flav has embraced the news. Child support and a custody arrangement have been set up, and apparently Flav is spending more time with Jordan, even teaching the child how to play drums. Flav and Kate have also discussed Jordan taking Flav’s family name, Drayton. Legal documents have been filed to make the announcement official, along with a hearing later in the year. Jordan will be Flav’s eighth child.

It’s some of Flavor Flav’s first good news in a while. Last year appeared to be a tough one for the rapper. He was embroiled in an argument with Chuck D over a possible reunion tour, and then was arrested for domestic battery. To round out 2021, he was almost crushed by a boulder as he was driving from Las Vegas to Los Angeles. There was one spot of good news, however: he and Boosie Badazz met up after fans continued to joke that the two looked identical.

Congrats to Flav for being a new father.