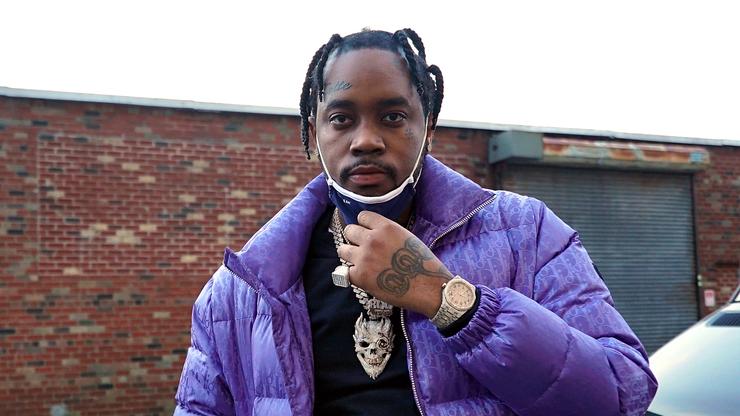 It appears that Fivio Foreign delivered his first performance of his standout verse on Kanye West’s “Off The Grid” at a sweet 16 birthday party.

Kanye West‘s DONDA dropped on streaming services, finally. Sunday was hectic but finally, people were able to take in Kanye’s new album in its entirety. The rapper’s made debuted several versions of the project over the month. First, he shared an unpolished version of DONDA which sounded like demos before deciding that he would wrap up the recording project in the Mercedes Benz Stadium.

Stacked with even more songs, “Off The Grid” ft. Playboi Carti and Fivio Foreign was an immediate highlight from the second listening party in Atlanta. Fivio Foreign’s show-stealing verse came at the heels of his impressive freestyle on Funk Flex in July. Now, as more people are taking in the CDQ version of the project, Fivio’s receiving his flowers for his efforts.

Shortly after the album’s release, Fivio offered a small crowd of teenagers the first performance of his verse on the project. A new video emerged revealing the rapper’s set at a booked sweet 16 gig where he shut things down with his verse on “Off The Grid.”

In related news, Fivio Foreign recently revealed that Kanye West will be producing his next project. While he’s yet to release a debut album, Kanye’s taken a liking to his sound and also included the Brooklyn rapper’s ad-libs on the song “Ok Ok.”

Check out the clip of Fivio Foreign’s album below.